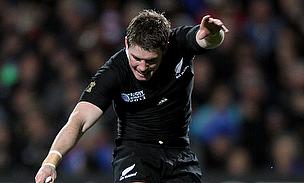 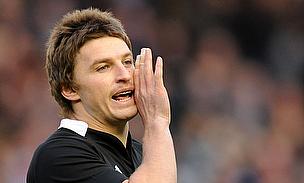 What can we read into All Blacks' selection?

New Zealand clinched a last-ditch 29-28 win over Australia in the third and final Bledisloe Cup encounter of the season at Suncorp Stadium in Brisbane.

Sorry but that was dumb rugby . White should not play the last 20. Sorry just not good to play around in your 22 with 10 mins to go

Bill Pulver: At 10am this morning I got an email from Ewen with resignation attached. I tried to talk him out of this

Two tries apiece in the first half saw Australia go into the interval 15-12 up and they extended their lead to 25-15 only for New Zealand to deny them at the last.

Adam Ashley-Cooper marked his 100th Test with a well-taken try but he ended up on the losing side.

The game was open from the start, but both defences held firm in the first exchanges.

Although their lineout was solid, Australia conceded a penalty from the game's first scrum in the seventh minute but New Zealand were unable to capitalise, losing possession under the posts after Beauden Barrett had initiatied an attack with a jinking run.

New Zealand's response was immediate and emphatic. Conrad Smith gathered Barrett's restart and made good ground. The All Blacks managed to recycle the ball quickly, moving the ball right and after Kieran Reed released Cory Jane, the wing touched down in the corner despite the attention of two Australian defenders. Barrett converted to level the scores after a breathless period of play.

Both Richie McCaw and Scott Fardy produced important turnovers for their sides to turn defence into attack before McCaw was pinged for offside, giving Australia an opportunity which they were unable to take, New Zealand bundling Phipps into touch after a messy lineout.

Australia kept up heavy pressure on the All Blacks by continuing to kick a series of penalties to touch and Fardy almost broke through from a maul, only for New Zealand to hold them off and recover possession.

Their respite did not last long as after Australia regrouped and attacked again, McCaw was penalised for not rolling away and Foley kicked the game's first penalty to put the home side 10-7 ahead after 32 minutes.

Although Australia grabbed the restart, New Zealand hit back quickly, this time through hooker Dane Coles, who sliced through a gap in Australia's defence to notch his second international try.

Barrett missed the conversion to leave the score 12-10 to New Zealand four minutes before the break.

Back came Australia, and after Michael Hooper was held up, Foley dived over from short range to restore their lead and his missed conversion was the last action of a pulsating half that ended with Australia 15-12 to the good.

The second half began much as the first had ended with neither side holding back. After New Zealand lost the ball forwards, Australia broke quickly from deep to eventually set up Ashley-Cooper to score on the right wing.

Tevita Kuridrani and Lealifano were heavily involved and they created the space for Ashley-Cooper to become the first Australian to score on the occasion of his 100th test.

Foley's excellent conversion from out wide opened up a 10-point lead for the hosts after 45 minutes.

Barrett's 53rd minute penalty, coming after New Zealand forced a turnover in midfield, reduced the arrears as the pace of the game slowed a little despite both sides beginning to make substitutions.

And with New Zealand having rung the changes in their entire front row, Australia took advantage to win a scrum penalty on 58 minutes, which Foley slotted over to put Australia 25-15 ahead.

From the restart, they gained another penalty when Rob Simmonds was taken out in the air by substitute Patrick Tuipulotu, who was yellow carded just two minutes after arriving on the field of play.

They were unable to benefit however, spurning possession three times inside New Zealand's half, as they began to feel the effects of the fast pace of the game.

And despite being down to 14 men, New Zealand struck back when Aaron Smith took a quick penalty and wriggled over the Australian line.

By the time Barrett had converted to make the score 25-22, Tuipulotu had returned to the field to set up an intriguing final 10 minutes.

With five minutes to go, McCaw was penalised for the third time for infringing at the breakdown and Nic White stepped up to land a long-range kick to put Australia 28-22 up.

Australia then conceded a penalty but replacement fly-half Colin Slade missed touch, allowing Australia to eat up another few seconds before New Zealand got their hands back on the ball inside the last two minutes.

Once they got ball in hand, they attacked through several phases until centre Malakai Fekitoa crashed over on the right to leave Slade with a kick to win the match and atone for his earlier mistake.

He nailed it to seal victory for New Zealand and maintain their iron-clad grip on the Bledisloe Cup, extending their unbeaten run to nine matches.

They won 51-20 in Auckland in the second game of this year's series after a 12-12 draw in Sydney and Australia have not won the Bledisloe Cup since 2002.