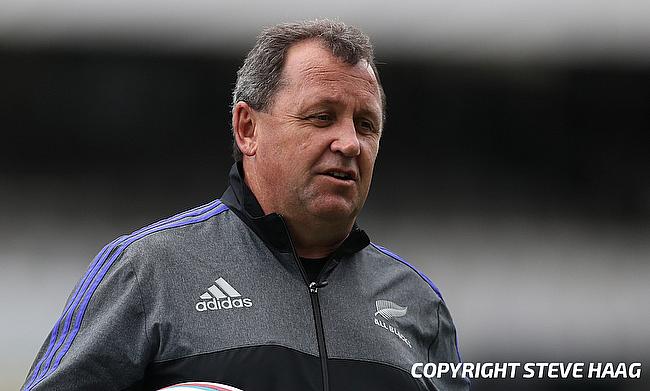 All Blacks head coach Ian Foster has penned a new deal with New Zealand Rugby until the end of the 2023 World Cup.

Foster took over the role at the end of the 2019 World Cup replacing Steve Hansen after being the assistant coach of the side between 2012 and 2019.

Even though there was pressure for Foster from Scott Robertson, who was tipped for the role, NZR chief executive Mark Robinson is confident that the 56-year-old will be the right choice as New Zealand look to reclaim the World title after making a semi-final exit last edition.

“Ian has faced extraordinary times since he was first appointed, with the uncertainty of Covid-19 and the numerous challenges it has thrown up, and he’s shown remarkable composure and resolve to lead incredibly well through it all,” Robinson told the All Blacks website.

“Foz has built an outstanding culture and environment in the team with an inclusive and collaborative approach and maintained a steady, clear focus on our goal of being number one in the world again.

“There is no doubt Foz and his team are performing extremely well in trying conditions and we are pleased to send a strong signal of support to create certainty in our environment and allow the management team and player group to plan for the future.

“On behalf of NZR and the Board, I want to congratulate Foz and his team and wish them all the best for the rest of this season and beyond.”

Under Foster, New Zealand went on to win the Bledisloe Cup twice apart from claiming the Rugby Championship title during the tri-nations tournament last year.

“Firstly, I want to acknowledge the Board and NZR for the faith they have shown in reappointing me. It’s a privilege to be part of the All Blacks and I don’t take that for granted," said Foster.

“It’s clearly been a challenging couple of years with Covid-19, but I’ve been hugely proud of the resilience shown by the team. I’m personally driven to have our team continue to succeed as we build to Rugby World Cup 2023.

“What is equally important to me is the fact that I’m just one part of an outstanding coaching and management team and to continue working with them is a privilege and inspires me to be the best head coach I can be.

“We have the immediate challenge of this year’s Fortinet Rugby Championship and then the tour North, but 2022 and 2023 will bring their own challenges. I’m really excited to be leading the team into the future and can’t wait to get stuck into our work.”