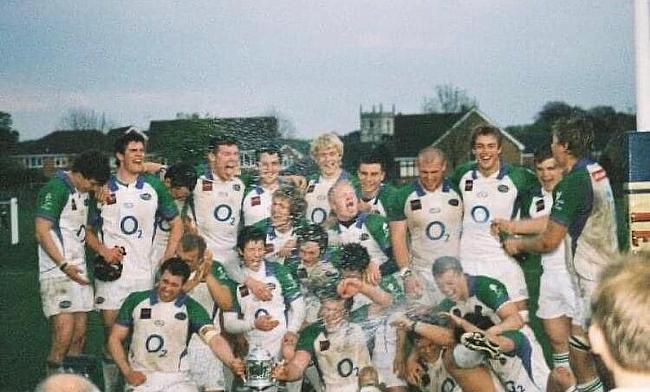 On Tuesday, The Rugby Paper revealed that the Yorkshire Carnegie RFU licensed academy was being disbanded. One of the academy’s graduate’s, Alex Rieder, spoke to Talking Rugby Union’s Joe Harvey about his thoughts and feelings on learning that the academy that paved his way to be a professional rugby player, was shutting its doors.

To describe the last two years of Yorkshire Carnegie’s existence as bad is putting it mildly. Unpaid medical bills, disorganization and now the closing of an academy doesn’t exactly make Headingly the happiest of places.

On Monday, seven members of academy staff and three senior academy players were told that they would no longer have jobs. In a time with so much financial uncertainty, the RFU saw fit to pull their substantial funding to an historic academy after the club was unable to provide funds of their own to keep the project going.

Leeds Beckett University were also due to take a part in the running of the academy but had to pull out of the deal. Alex Rieder, who retired in December last year due to injury represented the academy before moves to Rotherham Titans and Wasps, believes that the RFU has lost sight of who produces the players.

“It has got to the stage where the international game gets a lot of the publicity and a lot of the attention,” Rieder started. “Whereas actually some of the lower end clubs and the ones without many mainstream stars get neglected and I feel like the game is getting to a tipping point where top end players are earning 75% plus of wages and there is nothing left for other players.

“Then, because the RFU then cannot afford to take care of Championship clubs and academies, eventually money will start going out of those pathways and end up catering to the top end players. You actually need those pathways in order to become a top end player and I think it is a real difficult point because you then need to consistently cut everyone’s wages to put money into places like academies.

“It (an academy) is probably the most important aspect of it because that is where you learn the game. You learn the club ethos and it is an opportunity to be seen. I just find it farcical. I have always had a big problem with how the game of rugby seems to focus on the southern clubs, your London based clubs or the historically larger clubs and the north gets neglected.”

An absolute joke. I gained my opportunity to pursue a dream through Leeds academy. Yorkshire is a hub of talent and has some of the highest calibre of young talent in the country. If you want to sabotage/isolate the development of English rugby then congratulations job well done. https://t.co/48zOtvPfzu

Speaking to Talking Rugby Union and NCA Rugby, Phil Davies, who served as Director of Rugby for Carnegie for the last half of the 2019/20 season, spoke highly of the talent in England’s largest rugby playing county. Rieder is quick to support those statements, saying he is not entirely certain where the regions talent will turn to next.

“I know that people are saying that there is the Doncaster Academy, the Sale Academy and the Newcastle Academy, but the academy in Leeds is in the centre of Yorkshire,” Rieder stated. “It had such an historic name and it carried a lot of weight if you had been there and as a young kid going through, you always aspire to emulate and replicate what other have gone on to succeed.

“To have that central point of Yorkhire taken away because the RFU has restricted funding to it, I think is an absolute joke. I think they have got their priorities completely wrong. A big part for me, England players getting paid £25,000 plus a game and that is an astronomical amount compared to the other countries. I am not saying; stop them getting paid.

“If you restricted or lowered slightly what they are paid per game, how much of that resource can then go to the pathways and the academies? Say you take £10,000 off a game, during the Six Nations you are still earning £75,000. But by taking that amount off, in a matchday 23, you are saving £230,000 per game and that is the amount of money that Leeds needed to stay alive.”

It was at the academy that former England coach Stuart Lancaster cut his teeth and made a name for himself as one of the country’s prestige coaches. Similarly, the likes of Danny Care, Jordan Crane, Tom Palmer and Tom Biggs were all developed in Leeds, going on to play for the club before moving elsewhere following the club’s demise.

Since then there has still been a steady stream of talent moving elsewhere. Last year, fullback Joe Carpenter and prop Ben Carlile moved across the Pennines to play for Sale Sharks, the former getting England U20s caps.

Now, talent in Yorkshire has a much-reduced chance of being picked up to play professional rugby, meaning that the area could suffer until funding is restored or the Yorkshire RFU is granted permission to establish their own system of cultivating young, raw players.

“If you are not in the academy and you have to play at a local club, which are fantastic, I went on loan to Wharfedale and Harrogate and it was great,” Rieder said. “I was under the umbrella of Leeds, where I would be able to have day to day training and coaching and things like that. Whereas, if you go to those clubs and you are part time, you have to have a normal job and your focus is on that.

“Your focus is then obviously on your job rather than the rugby, so you are never going to be able to fulfil it. Your priorities will shift when you can’t see a career and you are not going to put all of your eggs in that basket. Some people will succeed, but largely you are not going to hold out hope for that when you are in your early 20s playing lower level rugby and have a job.

“Equally, if you are having to travel to your Sale’s, your Newcastle’s and places like that, if you are going after a working day, what is that doing to your body? In Manchester, Cheshire and Newcastle’s areas, they have got good talent around there anyway. So, are they really going to start sending scouts to Yorkshire? Or, are they going to stick to their catchment area?

“As I said, the RFU has completely neglected the north in quite a lot of areas and I think that they could have lost out on one of the most important hubs of talent.”

Rieder attributes a lot to his time in Leeds. The club not only aided his rugby development, they also encouraged him to get a degree from the University of Leeds and even organised training around the loose forward’s academic timetable.

Letting the 29-year-old do his studies has put the former Wasps man ahead of many in his search for work now that professional rugby is finished. From North Yorkshire himself, Rieder is left flabbergasted at how the academy has been affected because of the first teams’ poor financial decisions in the past several seasons.

“Teams have ups and downs and the economic aspect has had a huge impact on how they recruit players, but outside of that, the academy should have been protected because it is young players,” Rieder said. “Financially, it is not even difficult to maintain. You are not paying astronomical wages, even let the RFU take over the academy and let the first team manage itself.

“But, protect the academy because that is the most important pathway for these young kids to get seen and get the opportunity to springboard into the Premiership. The game is coming to focus on the very top and everyone underneath is left to fend for themselves and you just think that the budgeting and everything that the RFU has been doing and how they have been spreading their money has just been negligent to an extent. It has really effected a lot of important talent coming through.”