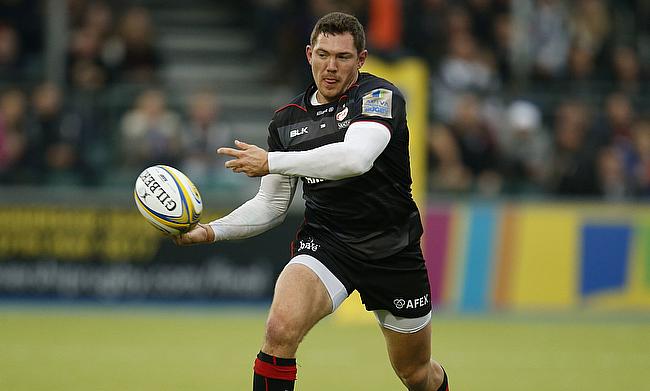 Saracens have confirmed that England international Alex Goode has returned back to the club following his loan stint with Japanese side NEC Green Rockets.

The 33-year-old has been with Saracens since his professional rugby debut in 2008 and has racked up 302 appearances for the club including 212 in the Premiership.

Goode signed a long-term deal with Saracens in August last year and had been on a loan deal with the Green Rockets since October but now has headed back to Mark McCall's squad to bolster their chances in the ongoing Greene King IPA Championship.

“It’s great to be in the Saracens family again and be back amongst so many good friends," he told the club's official website.

"When you leave you appreciate how amazing the club is and how big a part it has played in my life, so it’s amazing to be back.

I had a great time in Japan and am very appreciative of the opportunity, but it feels really good to be back and I’m looking forward to playing my part in a huge period ahead for the club.”

Goode has also played 21 Tests for England between 2012 and 2016 and was part of their squad that competed in the 2015 World Cup. He was also part of the England Under 20 side that won the U20 Grand Slam and reached the final of the Junior World Championship in 2008.

Saracens director of rugby Mark McCall is delighted to see the return of Goode.

“We are delighted to welcome Alex back to the club after his experience in Japan.

Everyone is aware of his huge contribution to the club over the last decade and he will play a key role going forward.”

Saracens are positioned third in the Championship with six wins from seven games and will face Ampthill next on 17th May.