Ben Woods: Why university rugby is an ideal place for a player to learn their trade 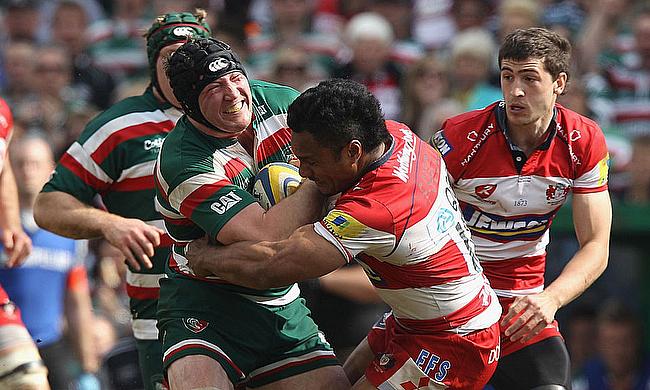 Over the past few years, we have seen the likes of Josh Beaumont, Ruaridh McConnochie and Sebastian Negri take the journey from university rugby into the professional game.

University rugby has been a pathway for players in the past, but since the introduction of BUCS Super Rugby last season, the exposure for athletes is greater and more stories of students joining top clubs continues to increase.

Durham coach Ben Woods has experienced the transition himself and he went on to have a very successful career with Newcastle Falcons and of course, Leicester Tigers.

For Woods, being part of a team which lifted the Premiership twice as well as the European Cup have to be the standout moments in his career and the former Durham student believes university rugby is now offering players even more opportunities to shine.

Going on to match Woods’ achievements may not happen to every player who follows the same path, but he insists that university rugby is a perfect platform for players to develop.

Woods said: “It is like chalk and cheese when you look back at what university rugby used to be like. It is now a very different landscape from 17 years ago!

“When I was coming through, QEGS Wakefield was a good school. We got to the Daily Mail Cup Final and yet none of us were involved in academies.

“There wasn’t anywhere to go to so my route was really the university route. I played first team and second team rugby and on the back of that, I was picked for the Falcons U21s.

“Nowadays, you can get a mix of players who have maybe come out of really good rugby schools or have been released from academies.

“Some of course go down the university route for education reasons and if all of these types of players do well and work hard week in, week out, then Premiership clubs and academies will look at you. It can be a route into the professional game.”

Current Durham players Charlie Wilson and Ben Stevenson are on the books with the Falcons and Woods believes Durham’s rugby structure allows these players to flourish.

Woods’ main role at Durham is to oversee the 2nd XV and this year, his side clinched the North A title and he admits the strength in depth the university has only helps the development of individuals.

He added: “The 2nd team has really been my focus and to win the league which contains a lot of first XV sides is a great achievement.

“The nature of the second team is that if the lads come through and do really well, then they will move up to the first team and that has happened.

“There were probably six or seven lads who played against Northumbria for the first team last week in BUCS Super Rugby and they would have been starters for us.

“It is brilliant and it is really important for the club as well because the best clubs have really strong second and third teams in whatever level you are playing at.

“If you’ve got that, you have a thriving environment to play in. I think Durham go four or five teams deep which is testament to the work Alex Keay puts in behind the scenes as well as all the other coaches who keep things on track”

Woods has also offered his coaching skills to Keay and Durham’s 1st XV throughout this season, but they have not had the same success as the 2nd XV.

Durham find themselves in a disappointing eighth place in BUCS Super Rugby after a top four finish last season, but Woods is confident the side can go into the knockout stages and perform.

“It is not the season we all would have wanted,” he added. “We did get a good win against title chasing Northumbria the other week, but I think it has been a tale of close losses and we haven’t been able to see out games which we should have won.

“Everyone is disappointed in terms of that, but it has been a learning curve for some of those players and if we can learn those lessons going into the knockouts, then we might not be in a bad position.”