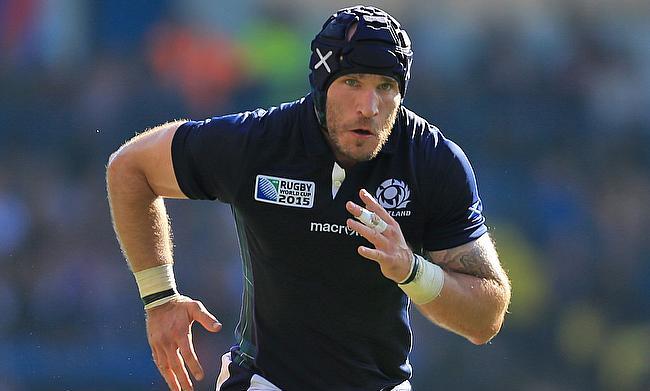 Ali Stokes sat down with former Scotland international Alasdair Strokosch in the small town of Collioure in the South West of France to discuss the latest chapter in his career.

The new Pro14 season is fast approaching, with the fixture lists released earlier this week up until March, fans can now fall in line alongside their respective teams, organising their season’s plans.

While many a travelling supporter will be booking B&B’s, players well into laying down their season ambitions and broadcasters finalising their coverage, one man is still settling into his new role as a strength and conditioning coach at Edinburgh, having hung up his playing boots at the end of last season.

Former Scotland international Alasdair Strokosch left his playing days behind him earlier this summer after aiding Perpignan to promotion from the ProD2 to the Top14 after a six-year hiatus in the French second league following their relegation in 2014.

Having begun his education within strength and conditioning during his time with Gloucester in the Premiership a decade ago, with the aid of the RPA (Rugby Players Association), Strokosch described his path from unforgiving Scotland flanker to academic sports scientist.

BREAKING ?? | Coaches Duncan Hodge and Roddy Grant have both committed to the club for a further season. ??

“When I was at Gloucester they [the RPA] would come in and have a meeting with you every so often and help you decide what you wanted to do when you finish,” he explained.

“I was already about 28-years-old and didn’t really have any qualifications, which I think was a bit stupid. So, we sat down and discussed all the things I enjoyed, didn’t like and what I could see myself doing. I always enjoyed the strength and conditioning part. I’d always read loads of things and pick the brains of all the S&C (strength and conditioning) coaches I’ve ever had.”

“I’m quite keen to distance myself from just being an ex-player,” Strokosch continued. “You can go into it and always be tarred with the brush of being an old-player who doesn’t really know what he’s doing and who’s just got a job because he used to play, so I’m gonna have to work extra hard to prove people wrong with that.”

Sitting in a coastal café with an espresso in hand and the sunny view of the Balearic Sea, the 47-times capped Scottish international oozed the impression of a fiercely focused individual, plainly determined to be as progressive in his coaching endeavours as he was during his playing career.

In 2007, after spending three seasons with Edinburgh, the former Judo champion took the decision to uproot himself from the Pro12 to the Premiership, keen to embrace the challenges of the English league.

“The Pro12 was different back then, it wasn’t the competition it is today. Back then it wasn’t a great tournament. There wasn’t really that incentive to win it. I played against Munster, I don’t know how many times but I don’t think I ever played against an Irish international.

“They would only play the Heineken Cup games, there was no incentive (in the Pro12) to qualify for Europe. You get the impression people were just using it to keep fit by the time the European games came around.

“I was quite motivated and had that mindset of being diligent [borne of his time training under the disciplines of martial arts]. I wanted to improve and I got frustrated with a lot of it. I wanted something with a real challenge, a bit more pressure on everything and I found that when I went to Gloucester.

“I wanted to get better and I felt I would get better in that environment. At the time it was much more intense. I couldn’t comment on the Pro14 now. I haven’t played in the league for 10 or 11 years, but definitely back then it was.”

Given his wealth of experience across Europe’s top four professional leagues, Talking Rugby Union asked Strokosch about the difference between the Top14 and ProD2.

All fans will be familiar with the goliaths throwing their weight around in the Top14, having seen the damage they inflict upon various defences in Europe, but what will come as a surprise to many is the revelation that the ProD2 possesses an even larger number of behemoths throwing their considerable weight around the rugby pitch.

“They’ll be sections of a game where you’ll get your high-quality sections but then there can be long sections that are pretty poor. It’s a bit like throwing back to what rugby was like 10 or 15 years ago where they just want guys who are bigger and slower.”

Big and slow are certainly two traits the newly appointed S&C coach will not permit in Edinburgh. Under former Leicester Tigers boss Richard Cockerill, Edinburgh have enjoyed one of their best seasons to date, qualifying for the quarter-finals of the Pro14 last May, but narrowly missing out on a semi-final spot after a 20-16 loss to Munster at Thomond Park.

Cockerill’s side will kick-off their 2018/19 season against Ospreys at the Liberty Stadium on the 31st of August, keen to go one step further with the impressive additions to their playing squad, including Scottish national captain John Barclay from the Scarlets.