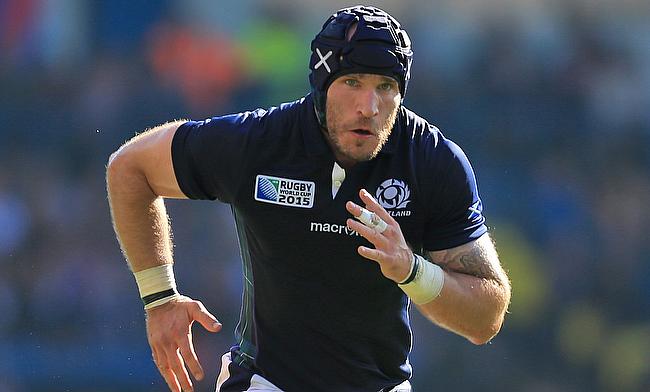 The 32-year-old from East Kilbride collected 47 caps during a nine-year stint with the Dark Blues, with his last appearance coming during this year's World Cup.

Scotland's tournament ended in controversy as referee Craig Joubert handed Australia a disputed last-minute penalty which allowed them to book a semi-final slot, b ut Strokosch believes the future is bright for Vern Cotter's men.

He said: "I've been lucky enough to fulfil my childhood dream of representing Scotland.

"Wearing the thistle has been the greatest honour and responsibility of my life outside of raising my children and I treasure every memory from my time with the squad.

"I believe that the group we have now are among the most talented that I've seen have the potential to achieve great things for Scottish rugby."

The Perpignan flanker made his debut against Australia in 2006, and pulled on his international jersey for the final time in September when he started the 39-16 pool win over the United States in Leeds.

Cotter said: "On behalf of the Scotland squad and management, I'd like to thank Alasdair for his commitment to the Scotland jersey over the past nine years.

"For almost a decade he has quietly gone about his business with exceptional professionalism, with a lot of the hard work put in - often in the less glamorous and combative areas of the park - going unseen.

"We wish him all the very best in the remaining days with Perpignan, where I know he's committed to doing everything he can to ensure their return to the Top 14 before finally hanging up his boots."