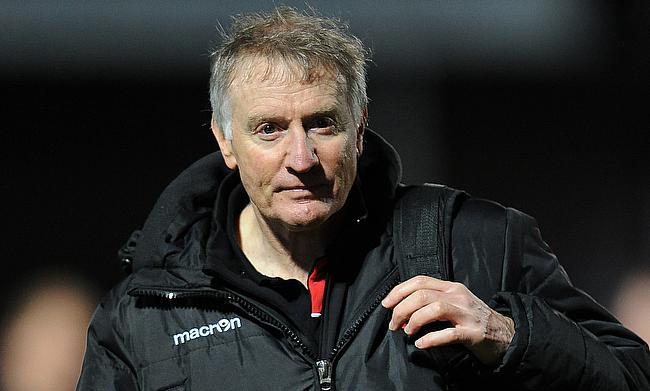 Solomons has been with Worcester since 2017
©PA

Wasps ‘not phased by others’ as they look to maintain momentum
Worcester Warriors back Melani Nanai suspended for three games
Fixture list puts spotlight on Exeter Chiefs, so can the league leaders come through unscathed?
Highlights: Gallagher Premiership Round 14

The first 15 or so minutes of Worcester’s return to play was ideal. After that, less so.

Early on, Ted Hill had crossed the whitewash, beginning his time as club captain in a fine fashion, but it was following the red card to full-back Melani Nanai, after he shoulder charged Gloucester flyer Johnny May, that things unravelled for the Warriors. Tries from Jack Singleton and Ollie Thorley, along with a conversion and penalty from Billy Twelvetrees rounded off the scoring in the first half for the Cherry and Whites.

With a exciting, young captain, Worcester’s era began in a less than perfect fashion. However, as the old saying goes; you learn more in defeat than victory. Having been a high performance coach for well over 20 years, Alan Solomons is no stranger to defeat and thinks that his team and captain will have benefitted hugely from the experience at Sixways.

“We have spoken about it a lot as a group and spent some time with Ted as well. I thought he handled himself very well. But yes, all of us have learnt from that experience and I think we dealt with it correctly from a tactical perspective, but it is quite a knock when you lose someone like that and I think for Ted, he learnt a great deal. I think under the circumstances, he did a splendid job.”

With a six day turnaround from Saturday’s game to tonight's fixture against Wasps, Solomons knows the challenge he and his coaching staff are faced with, having to adequately prepare the side ahead of each challenge.

“Our programme is pretty tough, so we are going to sit down and work out the most effective way to do that. I think the reviewing of the games is very, very important. That is where players can learn most. It is by playing in strong competitions that you develop, whether it is as a player, coach, referee or an administrator.”

Two weeks ago, Solomons outlined what he saw as Worcester’s future which focused on bringing back former Worcester academy players and leaning heavily on current academy players, although this vision would not have been possible for some time if rugby wasn’t allowed to take place. As a result of the sport returning, it means that Worcester can start looking ahead.

“It is great that we are playing again,” Solomons said. “We have had the pandemic and it has made everything very difficult for everybody. It is great that we are playing and I think for us going forward, the fact that we have got our coaching staff in, all of our young players have got a great opportunity over the season. They have got a great opportunity to develop and then we can go into the 2021 competition much better prepared than we normally would be.”

Ahead of the game, Solomons has made significant changes to his starting line-up. Will Butler will captain the side as Ted Hill is rested whilst TRU columnist Ethan Waller is rotated out of the squad with Callum Black starting and academy prop Lewis Holsey on the bench.