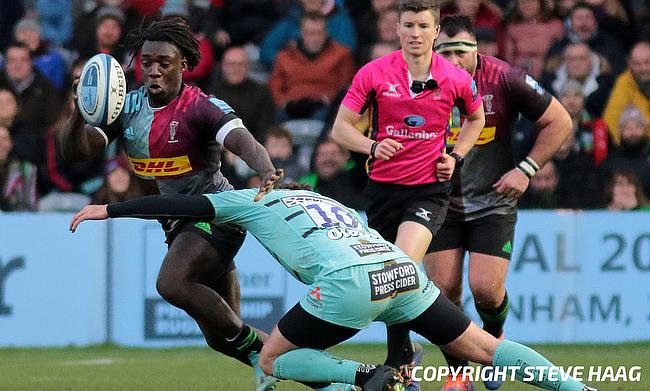 Former Harlequins winger Gabriel Ibitoye has been released by French club Agen after six months since he joined the Top 14 club.

Ibitoye joined Agen last year after spending five seasons with Harlequins and now once again he is set to be on the move.

The club has been enduring tough time in the Top 14 as they have lost all their 14 matches until now and are languishing at the bottom of the table and are sixth in the Challenge Cup with a win and a defeat in the two rounds that were possible.

The 22-year-old made seven appearances for Agen and has scored two tries. He has now joined Montpellier as a medical joker following the long-term absence of South African international Handre Pollard with Toulon and Bayonne among the front-runners to sign him in the next season.

“He [Ibitoye] hasn’t been involved since the start of the season. He doesn’t invest a lot. He has a Pro D2 clause which allows him to leave in the event of a downhill at the end of the season. He is, therefore, more in the management of his career rather than involvement with the club," said Agen president Jean-Francois Fonteneau to Sud-Quest.

"Even if the player has potential, in our context and given his lack of involvement since the start of the season, I said stop," Fonteneau said.

"Having refused a first offer for him to finish the season elsewhere (at Bayonne0, I have accepted this time that he join Montpellier."

Montpellier are a place above Agen in the table after managing three victories from 12 games and have lost both their matches in the league stage of the Heineken Champions Cup.