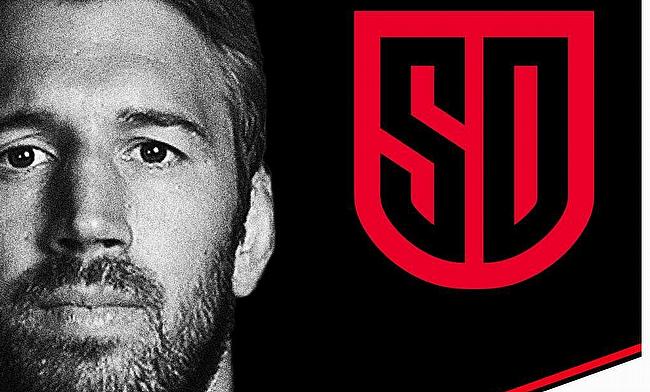 In February, rumours were circling about where the next chapter of Chris Robshaw's career would take him.

At first, it was believed he would be joining former international teammate Ben Foden in New York, with owner of the franchise, James Kennedy, extremely open in his pursuit of England’s former captain.

Now, four months on, it has been revealed that Robshaw has opted for the west coast over the east in order to join San Diego, a team that went unbeaten in their five games prior to the season’s cancellation in North America, meaning that Robshaw is linking up with perhaps the most exciting side in the competition.

“It was a decision (to leave England) that had probably been in my mind for some time,” Robshaw said. “This season, I knew. I think, in your body, in your mind, I think you know, and I thought this season; I am still playing well, I am still playing 80 minutes every game and there is still a good opportunity for me to venture abroad.

“Myself and my wife have always wanted that opportunity where we could look to live in a new climate, a new environment. For me, I am born and raised in London, it is all I have known. I have only ever played for Harlequins and I am sure that in the future, we will eventually come back this way, but we thought, while I can have the opportunity and while rugby can allow us that vehicle to try something new.”

Signing a contract extension with Harlequins in order to conclude this Premiership season, there is a chance that Robshaw will hit 300 appearances for the West London club. He has been part of the Harlequins furniture for over a decade and now the 34-year-old is in the limelight of his career, he understandably wants a new experience.

Having watched many of his new teammates in action earlier this year, Robshaw is honest about the standard of the league and his expectations about heading to California for the fourth season of Major League Rugby, playing for joint head coaches Zack Test (USA Rugby 7s and Loughborough University) and Scott Murray (Scotland international).

I’m thrilled to announce that I’ll be joining the @sdlegion in the @usmlr for the start of the 2020/2021 season. Since its inception, the San Diego Legion have established themselves as one of the leading powerhouses of American Rugby, and after extensive conversations with the organisation, it’s clear that they have huge ambitions and targets for the next few years that I will give my all to try and help fulfil. Speaking to the organisation & team was an incredible experience, and I’m delighted to be lining up alongside such an exciting roster of players who undoubtedly share my passion and dedication for Rugby. Once again, I want to thank Harlequins for all the faith they’ve shown in me, and all of our amazing fans for the wonderful support they’ve given me throughout the years. Over the course of my career, I’ve always tried to keep pushing myself to achieve new targets and this represents another important goal for me. I will give my all, both on and off the field, to repay the faith that the club has put in me and can’t wait to get started. ?? @themediabunker1

“I have spoken to some of the guys, it is probably at the level from what I hear, but it is growing,” Robshaw said. “You have got a team like this, with Ma’a Nonu there as well, bringing that experience and for me, I expect to do the same and hopefully I can help the next generation qhether that is American players or younger players coming through the system and really help nurture them and help their development.

"A lot of the guys over there have picked it up (rugby), maybe it’s a second sport they have come to and it is about helping them with those finer skills and maybe some of those dark arts.”

California is considered one of the USA's biggest rugby hotbeds. With established rugby programmes across the state, many of the country’s biggest rugby stars have come from that region. In years gone by, players who have represented college’s in the state have made up Olympic gold medal winning sides in 1920 and 1924, respectively.

The award given to the country’s best male college player is even named after one of the state’s best rugby products, Rudy Scholz, who attended Santa Clara University.

Even this season, the award was given to Telea Ilalio, a prop attending Saint Mary’s College of California in Moraga. Recent San Diego draftee, Patrick Madden, was also nominated for the award for his efforts at Cal Poly in San Luis Obispo, California.

Coming to Major League Rugby with over 60 England caps, a Premiership title and a life committed to professional rugby, Robshaw brings a wealth of experience to the Legion. For the 34-year-old, he hopes to pass on some of his knowledge to the new environment that he will be entering.

“They have a lot of good youngsters coming through, but they just want a little more advice on helping with training drills," added Robshaw. "Can I run a backrow drill, can I run a breakdown drill that is similar to stuff I have down with Guzzy (Paul Gustard), Steve Borthwick or these types of people who have been around the world?'

“Can I bring some of that level of expertise and really help them? And also, what does a professional set-up look like? How can I help mould that? But also, getting involved on and off the pitch, playing, enjoying that side of it and I have been told to get a surfboard ready and every afternoon they go for a surf. If the shark is bigger than the board, get out, if not it’s fine which is slightly worrying, but that’s kind of their motto!"

Of course, San Diego will have competition in their home state now. The LA Giltinis were recently announced as one of the newest sides in the competition and are rumoured to be bringing in Matt Giteau, Adam Ashley-Cooper and Drew Mitchell thanks to their Australian ownership group.

San Diego have their own stars too. Robshaw will be joining Ma’a Nonu as the biggest name on the roster whilst South African Joe Pietersen and former Montpellier midfielder JP Du Plessis are crowd favourites in southern California.

Something that has been brought up in recent months is that the MLR season is nearly half of that of a European one and far more favourable for players coming to the close of their careers.

“I’ve got a two-year deal over there and their seasons are six months long, including pre-season, which in Europe is over 11 months or so. I am hoping that will be a lot nicer on my body. There are still some big boys which you have got to deal with, but for me, hopefully the intensity will drop off and will allow me to stay mentally fresh and the body sharp as well.”

In every year of competition, MLR has gone from strength to strength. Talking Rugby Union has watched from the start and will continue to do so.