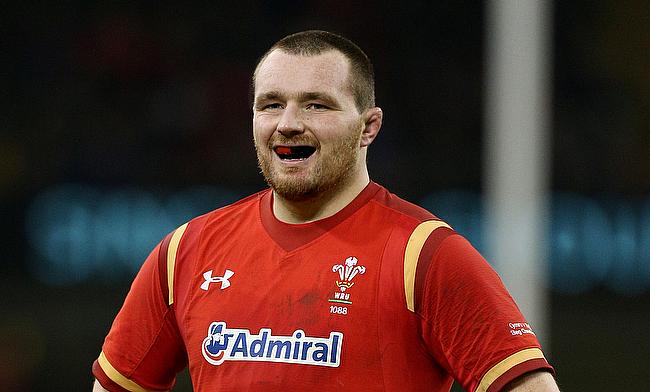 Ken Owens scored a try apiece in either half
©PA

Ken Owens and Josh Adams scored doubles as Wales went on to beat Barbarians 43-33 in a high scoring encounter at Principality Stadium on Saturday.

This was also Wales' first win under Wayne Pivac while Warren Gatland, who was in charge of Barbarians will head to coach Chiefs.

It took Wales just six minutes to get their first points on board when Adams crossed over after grabbing an offload from Jarrod Evans and Leigh Halfpenny followed with the conversion to take Pivac's side off the mark.

Wales thought they doubled their lead at the end of the first quarter but Justin Tipuric's try was disallowed after Aaron Wainwright was given offside in the build-up.

The scores were levelled by the 25th minute when Josh Strauss touched down at the back of a scrum near the Wales' try line with Curwin Bosch improving it but the home side made a strong finish to the first half. First it was debutant Johnny McNicholl, who went over the line in the 35th minute.

And just as Barbarians were reduced to 14-men temporarily with a sin bin to Marco van Staden, Owens crossed the whitewash as the teams finished the first half with a 19-7 scoreline.

Wales had a terrific start to the second half with Owens and Adams scoring apiece to make it 33-7 but Barbarians made a terrific comeback with tries from Bosch (55') and Shaun Stevenson (64').

Gareth Davies' try at the start of the final quarter helped Wales increase their lead to 40-19 but once again the invitational side responded back with back to back tries from Craig Millar and Pete Samu as the gap between the sides came down to seven points heading into the final 10 minutes where Halfpenny's penalty proved just enough as the home side completed a 10-point victory.