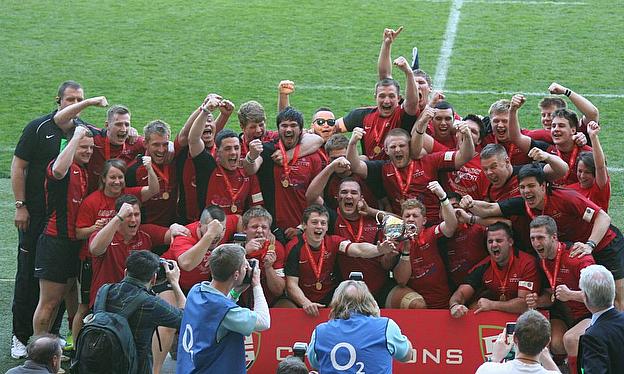 Hartpury where the 2012 BUCS Champions - who will list the trophy this year?
©TRU

It’s that time of the BUCS season again! With the regular fixtures now completed the real hard work begins, as sides in both the north and south of the country have taken their places in the quarter finals this week.

For the first time this season we will see the north do battle against the south, as the top four sides in both Premier A leagues lock horns.

After the thrills and spills of the regular fixtures, with unlikely victors and plenty of league position changes throughout the season, it’s now when the real work begins…

To begin, in the northern Premier A League there was a new league victor. For the first time in their history Leeds Met University usurped Durham’s league crown and entitled themselves as northern champions going into the playoffs.

As is tradition, the top finisher in one league will face-up against the fourth place finisher in the other, and so on.

Leeds Met have drawn Bath from south and will welcome the West Country side to Yorkshire this Wednesday in Talking Rugby Union’s featured quarter final game.

The TRU team will be taking to the road and filming the newly crowned northern champions in their bid to win a semi-final place, bringing the Yorkshire side well-within the grasp of a Twickenham spot at the end of the month.

Bath, on the other hand, always a strong outfit in the BUCS leagues have struggled this year, finishing in a disappointing fourth place in the Southern Premier.

The West Country side have only won five of their 12 games; ending the regular season with  a worrying points difference of -46 and just 26 points to their name – a huge 15 adrift of Cardiff Met and Exeter in joint second, but only four clear of Bristol in fifth.

However, although on paper the northern champs look a shoe-in for victory, we all know only too well that nothing is set in stone…

Bath have a few tricks up their sleeve still, though, none more so than an impressive pack.

Head coach Aaron James can field an all-England front row if he sees fit, combined with two old-school second rows who have impressed throughout much of the season.

How big will the north/south divide prove to be? We won’t have to wait long to find out…

In the remaining three quarter finals there is BUCS rugby action in all corners of the country, from the West Country to the Midlands.

Reigning champions Durham, who finished the regular season in third, behind Loughborough and Leeds Met, have an away quarter final for the first time in a few years.

The men in palatinates have to face the daunting prospect of an enormous away trip down to Exeter for their knockout fixture against the second placed team in the south.

Durham have always been exceptionally strong at this stage of the competition and with their BUCS Champions title on the line this year is sure to be no exception.

How will Durham fare away from their North Eastern fortress…?

The University of West England were clear southern victors, winning the league with 10 victories from 12, 49 points and an enormous 249 points to their name.

On the other side of the divide is Northumbria – a team who have been somewhat overshadowed in the northern Premier A league, finishing fourth with just 26 points and four wins, will have an all-mighty job on their hands if they are to overturn Hartpury at home.

Last, but by no means least is BUCS multi-sport Champions Loughborough, who welcome Cardiff Met to Epinal Way.

Loughborough were in and around the north A top spot for the majority of the year, having one of their best BUCS seasons for a few year.

Cardiff Met also enjoyed a fruitful season, as they finished joint second in the league with Exeter on 41 points.

The two teams meet again in a repeat of the 2010 BUCS final Twickenham, which Loughborough won to crown them the best team in the country. Cardiff are sure to be out for revenge – how will they go on?

Be sure to follow Talking Rugby Union online and on twitter for all the latest scores, news, reaction, pictures and videos from the BUCS rugby playoffs.