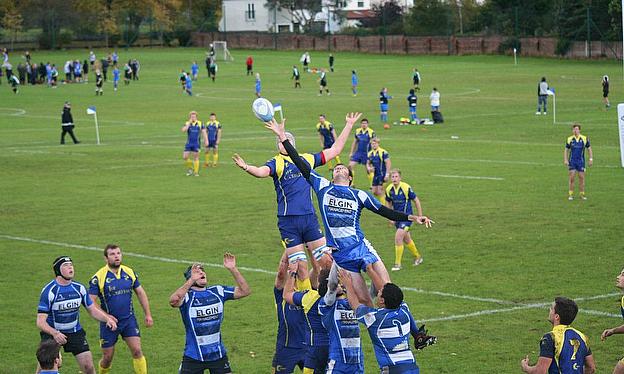 The penultimate round of league fixtures in the BUCS rugby championship have now been completed, with just one more Wednesday of league rugby left to play, we have new league Champions.

As said many times before, it is the Northern Premier A League that has provided spectators with the greatest amount of ups and downs this season, with three teams fiercely battling it out for that all-important top spot.

Leeds Met, Loughborough and reigning Champions Durham have been regularly shifting places in the league as the regular season draws to a close.

However, the battle came to a close this week, in the penultimate round of fixtures as Leeds Met, thanks to a convincing away win at Newcastle, have confirmed there place as league winners, for the first time.

The five point victory, whilst Durham only managed four points, means Leeds will be at the top of the table come the end of the season. Durham have one more game to play against Loughborough, where a bonus point win for the North Eastern side would see them draw for the top spot. However, a far superior points difference for the Yorkshire side means their top spot is as-good-as secure.

Although, like the Premiership in the professional game, finishing top at the end of the season doesn’t confirm you as league Champions with the all-important playoffs to come.

There were only two fixtures scheduled this week, both of which were in the North East as Durham travelled the short distance to Northumbria and Leeds Met faced Newcastle.

The reigning Champions got off to the best possible start in their game, going up 14-0 with two tries before half time.

A third try was scored by the palatinates after the break in difficult conditions away from home.

Northumbria mustered together to secure a consolation try before the game finished at 21-5.

A win without a bonus point sees Durham travel up into second place – one point ahead of Loughborough in second.

Meanwhile, in their final regular fixture of the season, Leeds Met cruised to a convincing 33-6 away victory at Newcastle and, hence, solidified their place at the top of the tree come the end of the regular season next week.

Away from an ecstatic Leeds in the Premier A League, we now move on to the second tier of Northern BUCS rugby:

There were three games in the league this week, with league leaders Nottingham Trent hosting Edinburgh University in the English Midlands.

In a highly contested game of rugby, the table toppers continued their good form with a brutal 35-30 victory over the Scots.

The away loss sees Manchester stay at seventh in the league, but still a comfortable 13 points clear of Sheffield Hallam, who lost again, 34-10 to York.

In the Southern Premier A League there was another clear winner of the league crowned, as Hartpury – like most already knew – will remain at the top of the league with 49 points.

The biggest game of the week was the West Country derby, with Bath travelling to local rivals Exeter.

Exeter, who still have a game left to play, ran out comfortable 29-8 winners.

Exeter sit third on 35 points, whilst Bath remain in fourth with 26.

Finally, in the Southern Premier B League there were just two games this week.

Hartpury seconds, who had only won two games so far this season, thrashed Bath seconds 61-14, taking them up to seventh in the league on seven points.

Also, The University of South Wales recorded an impressive 14-6 victory over Reading University away from home.