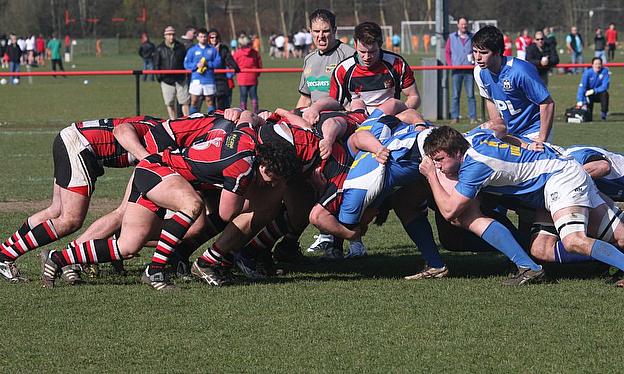 Will they, won’t they? Up and down the country, fans and players alike, have been asking the same questions. With the recent run of horrendous weather, a number of sporting fixtures have felt the full force and had to be cancelled.

The BUCS university rugby championship is no difference, with a number of fixtures expected to not make it to completion this week.

With the competition at such a critical stage, with a round of enormous clashes expected, the weather has hit at a bad time.

In the Northern Premier A League, there was a change at the top last week, as – for the first time this season – reigning champions Durham conceded the top spot to Loughborough.

Loughborough top the table, three points ahead of the North Eastern side, who do still have a game in hand.

Loughborough’s last game of the season, is a fitting pinnacle, as they welcome Durham to the midlands.

With both teams safely into the knockout stages, the game is all about bragging rights, who goes into the playoffs as the northern champion.

Unfortunately, however, news broke this morning that the Epinal Way pitch was unplayable for today’s game, and it would therefore have to be cancelled and rearranged.

Elsewhere in the league, games are expected in Yorkshire and the North East.

Leeds Met Carnegie, third place in the league travel north to fourth place Northumbria. The Yorkshire side are also in contention for the top spot, after a recent run of good form has brought them just one point behind Durham in second and four behind Loughborough.

Still with two games left to play, could it be Leeds Met who take the Northern Crown?

Finally, the Leeds University side welcome sixth place Newcastle. Leeds are bottom of the league with a disappointing 11 points; however, Newcastle, although seven points clear of them, will want to win this one and put to bed any relegation worries they may have creeping up on them.

In the Premier B league there are no fixtures this week, as the competition reconvenes on the 19th.

In the Southern half of the competition and their Premier A League, six teams are in action.

Clear league leaders Hartpury will be looking to extend their advantage at the top of the table. However, they have the difficult journey over the border to second place Cardiff Met.

The Welsh side have turned up the heat in the second half of the season, and look strong contenders for the BUCS crown, come the knockout stages.

A great battle is expected in the Welsh Capital.

Also, Bath travel over the border to face bottom of the league Swansea, who are just two points away from getting out of the relegation zone.

Lastly, in the Southern Premier B league there are no fixtures this Wednesday, with games continuing next week.