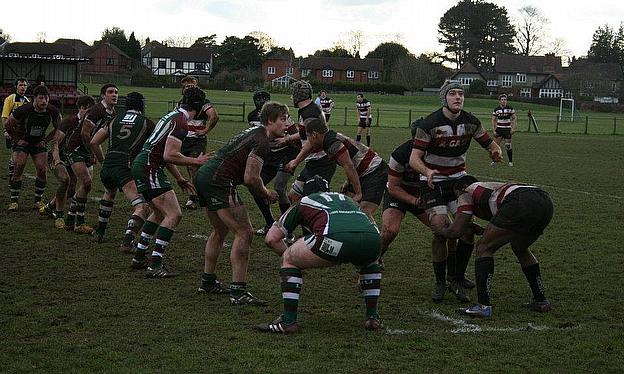 The BUCS University rugby Championship is drawing to the conclusion of the league stage this week, with just two rounds of fixtures now left around the country.

In the Northern Premier A League, quite frankly, things couldn’t be any closer…

There has been another change at the top on the back of last week’s matches, with a 33-14 away victory at Northumbria for Leeds Met taking them to the top of the tree, by just one point.

The Yorkshire side have 42 points, just one more than Loughborough in second and four more than Durham in third.

Reigning champions Durham conceded their lead for the first time this season, a couple of week ago; however, after the pairs highly anticipated showdown was postponed last Wednesday, the away victory for Leeds Met took them to the top of the league.

Durham, with a game in hand on Leeds and Loughborough, will look to return to winning ways today when they take on local rivals Northumbria – who are well clear of any danger in fourth place.

Leeds Met have their final game of the season today, as they travel north again to face Newcastle University. Another win for the Yorkshire side would leave them at the top, in the best position possible going into the final round of the league.

Finally, on a disappointing note, with all 12 of league games now played, Leeds University look set to be relegated to the Premier B league next season.

In that very league the teams are back into action today with three fixtures scheduled.

Top of the league Nottingham Trent will be looking to continue their good form and extend their advantage over second place Birmingham when they welcome Edinburgh to the Midlands.

In the Southern Premier A League there are just two fixtures scheduled.

Second place Cardiff Met, who have a game in hand over league leaders Hartputry, will be looking to make headway into the 13 deficit above them when they take on Welsh rivals Swansea.

League leaders Hartpury have finished their league fixtures, but look to be in a healthy position for the knockout stages, with a mammoth 49 points to their name.

Finally, in the Southern Premier B League, there are two games today, with Reading University hosting the University of South Wales and bottom of the league Hartpury seconds taking on Bath seconds.