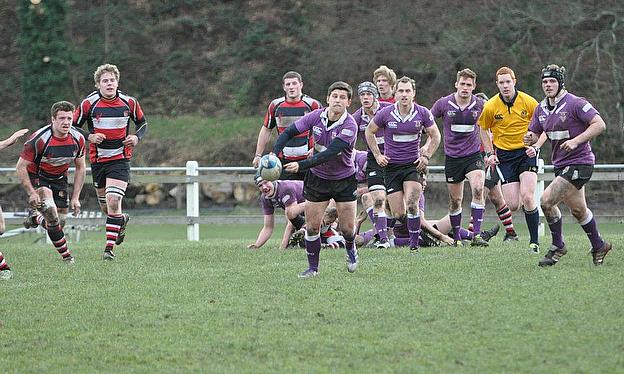 After another weekend of breathless rugby action in both the Six Nations and Aviva Premiership the battle still continues in the BUCS rugby competition, with the final few fixtures in both the northern and southern Premier A Leagues.

The Yorkshire side comfortably defeated Newcastle University, 33 points to six, to take them top of the table with 47 points – five ahead of closest rivals Durham in second and then six ahead of Loughborough in third.

Although the reigning champions Durham could level with Leeds today, a far superior points difference for the Metropolitan side make the task next to impossible.

There is just one final fixture left to play in the Premier A League today, which is possibly the most eagerly anticipated of the season…

Reigning champions Durham journey south to the midlands where they will face Loughborough at Epinal Way.

The two northern giants have been battling against each other all season as they have jockeyed for the first place spot. Today’s fixture, that was called-off a few weeks ago, was bookmarked as the league’s decisive fixture.

However, third runners Leeds Met came from way behind to steal the league crown last week, so the fixture is now about bragging rights and momentum as the sides take their places in the knockout stages.

An away win for Durham sees them hold their position but tie on points at the top of the table with Leeds Met, where as a win for Loughborough sees them leap-frog Durham, take the second position – it’s as easy as that.

In the Northern Premier B League, although there are a few weeks of fixtures left to play, there is also just one fixture this week.

In the Southern Premier A League, again there is just one fixture left to play in the regular season.

The majority of the side’s final positions in the table are set in stone, with Hartpury having led from the front for the entire duration, as they finish with an impressive 49 points to their name.

However, the real battle is now at the bottom of the table and the relegation zone.

Currently, Cardiff sit bottom of the table with 13 points, just two behind Swansea in sixth.

Cardiff welcome third place Exeter to Wales today, where it is as simple as a win means survival and a loss means certain relegation.

Exeter have been on a good run of late; consistently staying within reach of the top of the table. With 36 points, five behind Cardiff Met in second, a big win today would mean they would claim the second spot on point’s difference.

With so much at stake for Cardiff, as they battle for survival, and second place up-for-grabs with Exeter – it’s sure to be a real thriller in the Welsh Capital.

Finally, in the Southern Premier B League, again there are still a number of round left in the second-tier of southern BUCS rugby; however, there is just one game today…

It’s another bottom of the table clash, with Hartpury seconds welcoming St Mary’s first team to the University of West England.

St Mary’s, just a place and two points above the home side will need a difficult away victory today to keep themselves away from the bottom two relegation places.

However, as the stats have shown already this year, when Hartpury’s first team have not had a fixture in the Premier A League, the second team have performed considerably better…

St Mary’s are certain to be in for a difficult fixture today.