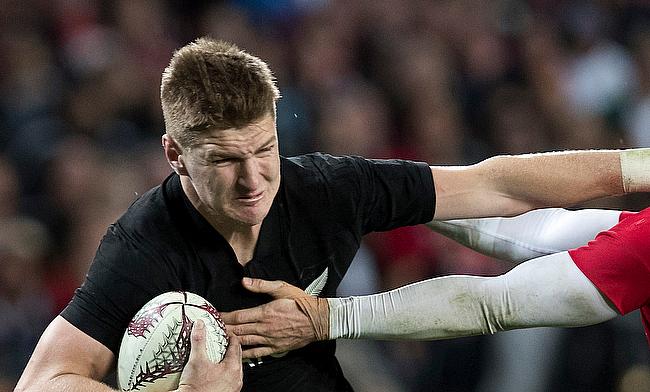 Hurricanes overcame a red card from Scott Scrafton as they edged out Chiefs 18-25 in the fourth round of the Super Rugby Aotearoa at FMG Stadium Waikato on Sunday.

The visitors played most part of the second half with a player short as Scrafton was yellow-carded in the 51st minute and received his second in the 65th minute.

This is Hurricanes' first win of the competition in three matches while Chiefs had a poor run in the tournament after losing all the four matches.

Jacobus Van Wyk got Hurricanes off to a flying start after gathering a long pass from Jordie Barrett to dot down in the fifth minute and the fullback also kicked the conversion to make it 0-7.

The response from Chiefs came in the 17th minute when Damian McKenzie kicked a penalty goal but Hurricanes ensured they finished the first half strong after their second try that came in the 38th minute from Du'Plessis Kirifi, who made most of the pass from TJ Perenara.

Barrett kicked the conversion and also had two penalty kicks on either side of the try as they visitors headed into the break with a lead of 3-20.

McKenzie helped Warren Gatland's men off the block quick with an early second half penalty and their momentum took a shot in the arm as Scrafton was sin-binned for the first time in the 51st minute for an infringement.

Despite down by a player, Hurricanes managed to score a try with Van Wyk dotting down but they suffered a major setback in the 65th minute when Scrafton received his second yellow card for preventing McKenzie from scoring a try. To make things worse for Hurricanes, Chiefs were awarded a penalty try making it 13-25.

Hurricanes did hold on to their defence well in the last 15 minutes despite being a player down and conceded a solitary try to Chiefs that came in the 77th minute from Lachlan Boshier as they registered their maiden victory in the tournament.