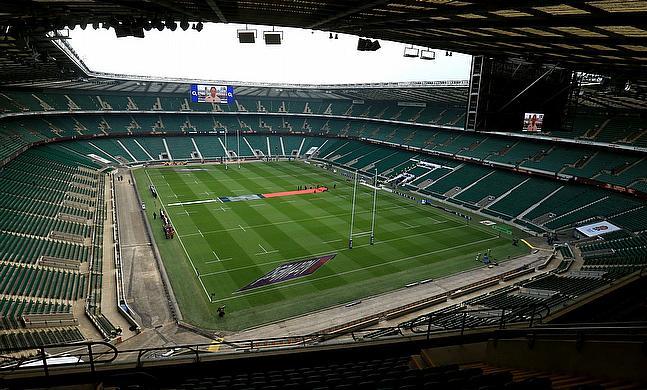 On Tuesday afternoon, Bill Sweeney and Conor O’Shea outlined the review process around England’s Six Nations campaign that saw them finish fifth in the tournament.

The pair described how nothing would be ‘swept under the carpet’, as well as it being ‘brutal and honest’. Having won the tournament just several short months ago, the storylines surrounding whether Eddie Jones is the right man to bring a second Webb Ellis to the halls of Twickenham have varied hugely.

Some have called for the Australian to resign, others for his sacking and a number have said he should carry on as he is. Until this much-publicised review occurs, we won’t know one way or the other what the fate is of England’s head coach.

So, what is there left to do other than speculate?

Jones came to England late in 2015 on a four-year contract. Just the one World Cup cycle it was supposed to be, with the 61-year-old, himself, citing that he stayed past his sell-by date with Australia.

Following the World Cup final defeat to South Africa in 2019, Jones said he didn’t see himself staying with England until 2023, admitting it was “hard to kick stones for four years”.

Having signed an extension until 2021 back in 2018 - to give him a better opportunity of becoming Lions boss - last lockdown, Jones signed another contract extension that ends after the 2023 Rugby World Cup in France.

Of course, Jones has been a brilliant servant for England these past years, but the question must be asked as to whether or not history is repeating itself by staying at the helm for too long.

“At this level of sport and the highest level of sport, performance is everything,” Bill Sweeney said. “We have already spoken about how momentum can shift in a moment and the difference between sport and business is that sport is immediate.

“You can go from one week to the next and start to have some concerns about. Is this a problem? Is this fixable? Is this a trend? Is this something we are in control of? If we had concerns and worries going through to the summer, whoever the coach was, then you would act on it one way or the other.

“This is not just an open book. There are clear targets in place, and we have very high aspirations. I was asked in Japan if I was happy with just one World Cup win in 2003 and clearly we (the RFU) are not.

“We think we should be winning World Cups and we should have the capability to win World Cups on a more regular basis and that is what we are aiming for.”

With a debrief of this size coming up, it seems almost fair to look at the next possible steps should Jones depart from the RFU. The mantel of England head coach is as much pursued as it is a poison chalice. The opportunity to lead one of the top international rugby teams in the world is an obvious attraction, but the pressure from the national media and the need for performances on the pitch is huge pressure for whoever is the top dog.

With the RFU having said they would rather an Englishman take on the role, Exeter’s Rob Baxter is perhaps the most highly touted to take on the position, given he guided the Chiefs to European and domestic success last term.

Outside of Baxter, however, there is no one with quite the same acumen. Yes, you can argue that Steve Borthwick could step into the fold, but he is tied into a long-term project with Leicester and Wasps’ Lee Blackett is still a relatively inexperienced head.

Welcoming the newcomer into camp ??

Watch the final episode of O2 Inside Line: The Next Level now on YouTube ??#WearTheRose @o2sports

There is also the option to turn to other names currently within Twickenham, names who have headed up elite programmes and have a history of winning. One such name is Simon Amor, the man currently serving as England’s attack coach. The 41-year-old headed up the England Sevens programme for numerous years and guided Team GB’s men’s sevens side to an Olympic silver medal in 2016.

Another Simon, this time Middleton, could also be the person to turn to. Having worked closely with former England Head Coach Stuart Lancaster at Leeds Tykes for 11 years, Middleton first joined the RFU in 2014 to coach the Women’s Sevens on the World Series before taking a role as an assistant coach for the Red Roses’ World Cup campaign in France.

He led Team GB Women’s Sevens to a fourth-place finish in Rio before taking on the position of Red Roses Head Coach on a full-time basis.

Since that point, Middleton has taken England’s women to a World Cup final in 2017 and won three Six Nations Grand Slams. Overseeing the professionalisation of the women’s game as well, Middleton is a man who is not only an experienced coach but has a proven track record and has shown himself as more than capable of heading up an elite programme.

With this summer’s tour to the USA and Canada also likely to be staged in England, whether or not Jones is the man at the helm will have been decided by then, but any tour in a Lions year is an opportunity for young players to step up to the plate and become international regulars with a World Cup just two years away.

With many players not having had the chance to play age-grade rugby because of Covid-19, how the next generation of internationals will fare when they make the step up to Test match rugby is still unknown.

Welcoming the newcomer into camp ??

Watch the final episode of O2 Inside Line: The Next Level now on YouTube ??#WearTheRose @o2sports

In years gone by, that is where the Saxons programme has stepped in to see which players can become consistent senior internationals for England. However, a tour has not taken place since 2016 due to the international calendar.

“The calendar is an issue,” Conor O’Shea said. “I think we will have a word in terms of potentially the Saxons playing this summer in a match, and in a lot of ways this summer tour, minus whatever number of Lions players get selected, minus some players that might be left behind, it is a very junior year anyway, a year when a lot of young players may get an opportunity.

“There may be a Saxons game included within that (this summer) and there is always plans the following year when we are in Australia, potentially, for a Saxons game. It is a challenge. When you look at the U20 and the Junior World Cup now for the last two years not being on, it’s essential that we have the U20s Six Nations this Summer.

“Because that is a group of kids playing away and getting experience, experiences away from your parish, so to speak, from where you are comfortable.

“It is an essential part of development, so international rugby on that whole part is a huge part to see who can get out of their comfort zone and adapt to a different environment.