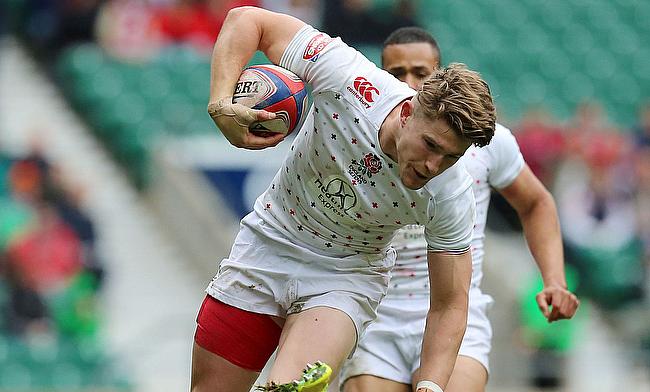 Burgess joined the England Sevens from Cornish Pirates and went on to make his HSBC Sevens World Series debut on the Gold Coast in October 2013 and went past the 50-tournament milestone in 2019.

Till date, the 32-year-old has 60 Sevens Caps with 56 coming in HSBC World Sevens Series and two in Common Wealth Games along with one Rugby World Cup Sevens and one Olympic Games.

"We are all delighted that the National lottery funding has enabled a GB programme to be introduced.

“I’ve taken part in the early GB camps and it’s great to have been back with the team. However, the distance from home to Loughborough as well as the camp nature means balancing rugby and family life can be difficult," in a statement released.

“Throughout my career, I’ve always prided myself on doing my best in everything I do professionally and personally - on the pitch, in the gym, in analysis sessions, as a husband and as a father".

Burgess was also part of the GB Sevens side that clinched the Silver Medal in the 2016 Rio Olympics. He also won silver at the Rugby Sevens World Cup in 2018 as well as a bronze at the Commonwealth Games that year.

“I have thoroughly enjoyed my playing career and am grateful for the opportunities but more importantly the friendships and relationships I’ve made," he added.

“I’ve been fortunate to be part of special teams and they are memories I’ll cherish forever.

“The final mention goes to all the coaches, management teams and team-mates I’ve worked and played with over the years. Their support and unwavering dedication and commitment has been a huge factor in our collective success.

“I wish everyone in the GB programme the very best.”