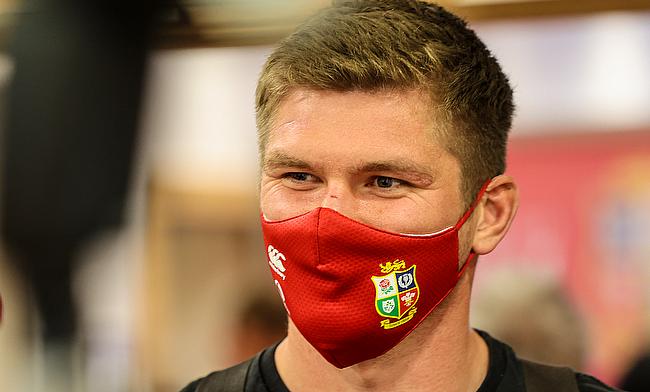 Just as they did yesterday, when the England men’s team left the team’s hotel, they left another member of their party behind.

Those tests were then sent to Nottingham, there was just the one positive to come back and unfortunately for Farrell, who has already had Covid-19 this year, it was he that would have to isolate. Now having done another lateral flow test, as well as a PCR test, England are clinging to the hope that their leader will still be available to play tomorrow.

New England forwards coach Richard Cockerill was the man tasked with facing the press, albeit over Zoom, to answer the tirade of questions that were asked about contingency plans should Farrell be unavailable tomorrow.

“We are all retesting and will go through the protocols and hopefully he will be playing for us,” the 50-year-old said. “But at this point, we will just have to wait and see.

“We have got great options in both the leadership and the 10 position, so that is a call we will make, if we need to, at the right time.”

He will do another PCR and lateral flow test today and was the only player to test positive for Covid-19 after the staff member yesterday.

England preparing as normal for Tonga.

As per government guidelines, if someone tests positive for Covid-19, they must ‘stay at home and self-isolate immediately’.

A few paragraphs down from that sentence, there is another which states ‘you can return to your normal routine and stop self-isolating after 10 full days if your symptoms have gone’, which leads you believe that England must be hoping that the PCR result that came back was a false-positive.

If this second PCR test - which has no doubt flown up the M1 with a police escort – does come back positive, then the Saracens man will also miss England’s second test of the Autumn Nations Series against Australia.

At the start of this week, many expected Marcus Smith to start for England on Saturday afternoon. On Tuesday, it came to light that Smith had been struggling with a leg injury, with Eddie Jones ‘cautiously optimistic’ that the starlet would play against Tonga.

Named to start from the bench, it seems to be a toss up between the Harlequins man and Northampton’s George Furbank for the starting slot should Farrell be unavailable.

Cockerill confirmed that today “everybody has trained fully this morning”, suggesting that Smith might be able to start if needed too. Of course, Furbank is no stranger to playing at out-half, having done so on numerous occasions for Northampton and off the bench for England in the summer.

Originally called into the squad as a full-back, Furbank made his England debut under stormy Parisian skies in 2020. Losing that game 24-17, the 25-year-old played in the 15-shirt a weekend later in Edinburgh but struggled.

Owen Farrell will miss today’s Captain’s Run training session after receiving a positive PCR test result for COVID. He will remain in isolation and will be LFT and PCR tested again today.

All other player and staff PCR test results received are negative. pic.twitter.com/0a5lCydhmY

Coming back into the side at full-back to close out the Six Nations in October 2020 (the first outbreak of Covid-19 causing the tournaments conclusion to be delayed), just a week later Elliot Daly took the shirt from the Saint.

Getting game time at Test level took until July - when Furbank came off the bench for England against Canada - his efforts were largely overshadowed by Smith’s call to the British and Irish Lions squad, but there was a clear change in perception about the former Cambridge RUFC loanee.

Playing plenty at fly-half in Dan Biggar’s absence at Northampton, it was clear that there was a future in that position for the player, so it perhaps wouldn’t be a surprise if Furbank started ahead of Smith, who had only been able to take part in ball-handling drills up until today.

“He has played there before, he has played for his club there,” Cockerill said of Furbank. “A very talented player, great instincts and I think he will take it in his stride.

“We have got no concerns with our options in that position and whoever starts and finishes there is more than capable of doing what we need them to do.”

There is an alternative option, seemingly, to bring in the country’s in form fly-half, in George Ford, but that was above Cockerill’s paygrade; “That is probably not a question for me. Eddie makes those calls.”