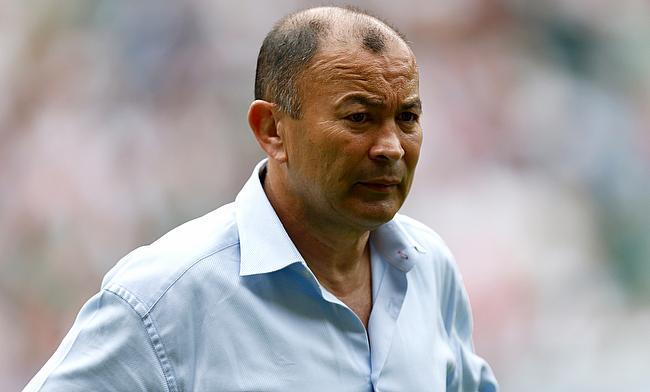 Georgia Evans Interview: 'I want young girls to see there is a chance for them to play for Wales'
Dan Biggar to lead Wales in 2022 Six Nations
Six uncapped players in England's 36-man Six Nations squad
Wales and British and Irish Lions lock Adam Beard signs contract extension with Ospreys

England’s head coach, Eddie Jones, has named a 36-player squad that will convene in Brighton next Monday to begin preparations for the 2022 Guinness Six Nations.

Exeter Chiefs wing, Jack Nowell, is recalled after injury has hampered his international aspirations, whilst two-time Gallagher Premiership Player of the Month, George Ford, is again left out of Jones’ plans.

There is also no recall for 52-cap Elliot Daly or the frighteningly electric Adam Radwan, who made international rugby look easy during his time with the national team in the summer and against Tonga in early November last year.

Despite not having played a game since November, Owen Farrell is not only recalled to the squad, but retains the captaincy. Having their own injury concerns, Sam Underhill and Manu Tuilagi have not been considered for selection, Jones hoping to include the pair later on during the Six Nations.

“Selecting this squad has been a difficult task,” Jones said. “We've got plenty of good young players coming through and some of our more experienced are rediscovering their best form.

“We think this 36 for the first training week reflects a good balance of that experience and up-and-coming talent.”

During the Autumn Nations Series, England impressed hugely thanks to their youthful selections. Marcus Smith, Freddie Steward and plenty of others proved without doubt that they were the real deal in the Test match arena and Jones has named numerous players from the Autumn campaign in this squad.

Now with only four more extended periods of time together before the 2023 Rugby World Cup, Eddie Jones has a short space of time to nail down his squad for that tournament.

“I am in the third cycle of this team,” Jones said on Tuesday. “I took over a team at the end of 2015 that was reasonably well established, had a number of good senior players, by the end of 2017 some of those players were starting to come off a little bit, so we needed to renew the team, which we did, and that was the case at the end of 2020.

“A number of senior players, we felt, were starting to tail off a little bit. We needed some more energy, some more drive and I feel like we are in a really good position to use the next two years to establish a team that can challenge and win the World Cup in 2023.

“To me, it is always about looking after now, but you have always got to have an eye to the future, and it is a judgement call. There is no science to tell you ‘this is right’ or ‘this is wrong’.”

Something which caught attention when Jones was conducting his press conference was his wanting to select more versatile players. This must have been brought around by watching on as the rugby world has struggled to contain Covid-19 within its playing groups.

Just prior to the holidays, a number of games in both European competition and in the Gallagher Premiership, teams having to shuffle their squads around quickly when needed.

This was shown when asked about the benefits of having Orlando Bailey in the squad, Jones saying; “we are particularly looking for those multi-skilled backs who are going to be important, not only in this Covid era, but going forward towards the World Cup”.

In the case of Bailey, the 20-year-old covers fly-half, inside centre and full-back, whilst Tommy Freeman is able to play across the back three and potentially outside centre and Jack Nowell has long been thought of as a Swiss army knife.

“I think particularly in this era where overnight you could lose four or five players, we need to have a team that is adaptable, that can play a number of positions and can cope with the circumstances.

In recent weeks, Alfie Barbeary has been a key performer for Lee Blackett’s Wasps. In monumental wins against both Leicester Tigers and Toulouse the last two weekends, the 21-year-old has popped up with big moments for his club, the question about England selection arising shortly thereafter.

The week leading up to Wasps’ 30-22 win over the current European champions, Blackett said he felt that Barbeary had done enough to be selected for the Six Nations. After a Man of the Match performance on Saturday, his captain, Brad Shields, said much of the same.

“He has been class,” the back-row said. “He’s come up with a couple of key turnovers in the last two weeks that have really changed the game.

“I think he had a magnet on his head this week, he seemed to get hit a lot. He has been class for us and for a young fella, he wants to express himself.

“If we can control his game and get him moving in the right direction, giving him opportunities, then that will be a good sign.”

Not a stranger to England camps, Barbeary’s recall comes after not only long-term injury problems, but a change in position. Whilst rising through the England and Wasps age-grade ranks, he was a hooker, but due to his athleticism and explosiveness, covered the back-row for Wasps during the Covid-19 disrupted 2019/20 season.

"We expected a performance after last week, but I think we really outdid ourselves out there."

He inspired @WaspsRugby to victory over Toulouse ??

In late-December, Barbeary opened up about his decision to change positions, whilst Blackett confirmed that the positional change came after conversations with Eddie Jones during last summer.

Since the change, Barbeary has impressed hugely, having clearly lost none of his explosiveness after numerous hamstring issues. Largely playing at blindside flanker, playing second fiddle to Tom Willis at No.8, it will definitely be a battle to be selected ahead of Alex Dombrandt, Sam Simmonds or even Tom Curry in the back-row.

Even with that in mind, Jones was full of praise for a player that will be competing hard for a position in England’s squad for their Six Nations opener against Scotland at the start of February.

“I went and caught up with him in Coventry,” Jones said, “had a chat and it was basically about; the decision had to be his. If you are a talented player, like Alfie is, talent doesn’t make you a great Test player, but at least gives you an opportunity.

“He could play hooker, or he could play No.8, but if he wanted to play hooker, he had to make changes to his game, which involved some things that maybe he didn’t want to do. So, I suggested to him that he go away, speak to the person he trusts the most and make the decision on where he feels his future is.