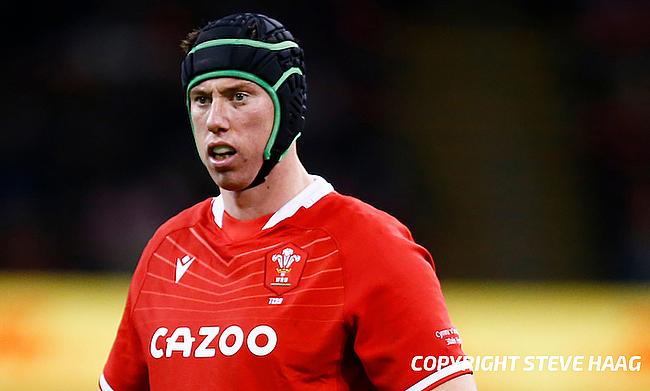 Adam Beard has played 96 times for the Ospreys
©Steve Haag

Ospreys have announced that Wales and British & Irish Lions lock Adam Beard has signed a contract extension with the club.

Having played for the Academy team, Beard made his senior debut for Ospreys in 2013 and since then has gone on to make 96 appearances for the Welsh regional club.

Beard made his Test debut with Ospreys in 2017 and has been capped 29 times for his country. He was also part of the Wales squad that clinched the Six Nations Grand Slam in 2019. The 26-year-old also was part of the British and Irish Lions squad that competed in the tour of South Africa last year.

“To represent my home region is a proud honour for myself and my family," he told the club's official website.

“We have a young family and it provides security for all of us and we love living in the area, so re-signing for the Ospreys was a no-brainer for me.

“We have a really good squad developing at the Ospreys, with a mixture of young exciting talent and some really experienced players who have done it at the highest level.

“There is a really strong bond developing between the players and the coaching set-up is really putting its stamp on the squad and the culture. They have a clear vision of what we want to be and where we want to go.

“It’s thanks to the support of the players and coaches at the Ospreys that I was recalled for Wales and ultimately called up for the Lions and played in a Test match in South Africa.”

“I still see myself as a young player and I am continuing to learn but I am relishing the new leadership role at the Ospreys and it’s helping me develop as a player and a person.”