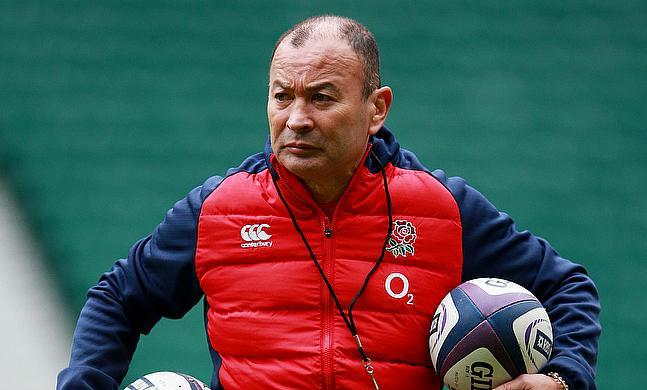 'You could tell quickly that he was destined for big things' - Freddie Steward, England's rising star
England on 'sticking to their strengths' for Springbok challenge
Worcester Warriors name Steve Diamond as Lead Rugby Consultant
Bevan Rodd and Jamie Blamire to start for England against South Africa

It is only as a result of Owen Farrell and Jamie George’s injuries that Eddie Jones has been forced to make changes to his England team to take on South Africa.

A midfield rejig sees Manu Tuilagi move to inside centre, with Joe Marchant getting a starting spot on the wing. The other change sees Jamie Blamire earn his second start for England, the Newcastle Falcons hooker no doubt looking to continue his try scoring exploits at Test level.

The only other changes to the squad see Nic Dolly provide support to Blamire – with the Leicester Tigers man due to make his international debut – and Joe Marler will provide support to Bevan Rodd at loosehead prop, his stint of self-isolation ending on Friday.

South Africa, like England, come into Saturday afternoon’s encounter on top form, having beaten Wales and Scotland in their last two outings. Looking to complete a sweep of the island, the Boks would have no doubt been rocked by the news of Rassie Erasmus’ ban.

Having sat before an independent committee formed by World Rugby following his hour-long critique of refereeing decisions after South Africa were beaten by the British and Irish lions in the opening Test of the series, the 49-year-old has been banned from all rugby for two months and from involvement on matchdays for the next 10 months.

Describing the Director of Rugby’s offences as “especially serious and egregious”, World Rugby’s sanctioning came several months after the trial took place and on the eve of the rematch between England and South Africa two years on from their World Cup Final clash two years ago.

No doubt the pinnacle of Erasmus’ career to date, England have let the tales of the goings on of the Springbok camp be nothing more than hearsay. Instead, England’s Head Coach, Eddie Jones, is focussed on overcoming a South Africa team that he believes see his forwards as underdogs.

“They said after the World Cup Final, where they beat us fair and square, that they knew how to play us, they knew where our weaknesses were and they were implying that our pack is weak,” the 61-year-old said.

Jacques Nienaber has made three changes to the South Africa team that beat Scotland last weekend, with Handre Pollard and Cobus Reinach forming a half-back partnership and Lood de Jager getting a start at lock.

Of course, not many members of this England team are entirely new prospects to this Springboks team. England’s captain, Courtney Lawes, as well as Tom Curry, Kyle Sinckler and Maro Itoje were on tour with the British and Irish Lions in the summer, whilst even more played in the World Cup Final in Yokohama over 100 weeks ago.

“The whole team is up for the fight,” Jones said. “I have never seen a team as ready to play South Africa as this team. We know exactly how we want to play.

England know what is coming on Saturday - and Matt Proudfoot has faith in his forward pack as they prepare to face his old allies...#AutumnNationsSeries

“We know exactly where we think there is a weakness with South Africa and we have just got to go out there and execute and execute with a spirit of adventure and taking the English game where it has never been before against this South African team that we know is the best team in the world at the moment.”

With the kicking game likely to have an influence on proceedings too, it is set to be a tantalising encounter on Saturday afternoon, with plenty on the line.

Should the Boks win, then their number one ranking in the world will remain intact, whilst a win for England will no doubt give a young group of players vast amounts of confidence moving forwards into the Six Nations.

The only drawback might be how new this England collective actually is. With Martin Gleeson, Anthony Seibold and Richard Cockerill only relatively new to the coaching staff, and Bevan Rodd, Marcus Smith, Blamire and Freddie Steward relatively new to the international scene, the intensity of such a fixture could be coming a little too soon.

“England have traditionally had a strong pack of forwards and backs that can trigger action on attack, but they have a number of new players and coaches this season, who will want to make their mark, so there may be a different dynamic in their style of play,” Nienaber said.

“We’ve been doing our homework and we’ve been putting in the hard yards both on and off the field, so we need to make sure we are mentally and physically sharp in Saturday and convert the opportunities we create on attack into points because in a Test match such as this there are generally only a few of them.”

England’s World Cup loss to South Africa in 2019 will always be brought up when the two teams faceoff in the next two years. After the Australia game, Kyle Sinckler spoke about how he now uses the defeat as motivation in his performances.

??"You could tell quickly that he was destined for big things..."@joeharvey34 spoke to @RhysEdwards_10 about Freddie Steward as the full-back continues to impress in the @autumnnations for @EnglandRugby ??????????????

But, as far as Jones is concerned, there is little in the way of redemption this weekend, his concern being proving his opposition wrong on their perception of his team.

“We don’t get a medal back, so this game is about this game against this South African team who is number one in the world. We’re number three in the world; they think we have a weak forward pack. We will see on Saturday.”