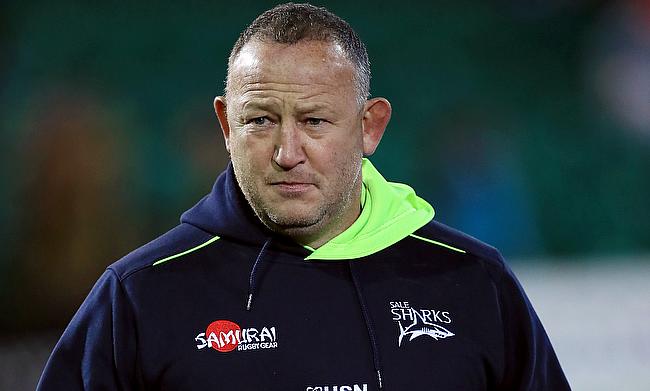 Steve Diamond will join the club on 29th November
©PA

Worcester Warriors have announced that Steve Diamond will join the club as Lead Rugby Consultant.

The decision follows after the Warriors have been enduring a tough time in the ongoing Gallagher Premiership campaign after managing just two wins from eight games and are at 12th place in the table with only Bath behind them.

Even though there is no relegation from the top tier this season, the Warriors believe Diamond's experience will be beneficial to the club. He will be senior member of the rugby department, reporting to Director of Rugby Alan Solomons and the Board of Directors.

“Steve is a strong addition to our coaching team and we believe that his proven track record, most recently as Director of Rugby of Sale Sharks, will complement the existing skill sets within our rugby management and coaching teams to help us improve performances,” said Warriors co-owners Colin Goldring and Jason Whittingham.

“This is an additional appointment to our existing rugby management team and Steve will be working closely with our Director of Rugby, Alan Solomons, and Head Coach Jonathan Thomas.

“Steve will review all aspects of the rugby programme, advise on changes where needed and also help with player recruitment for next season.

“The Premiership is the toughest rugby competition in the world and small margins can make a big difference in the heat of a game.

“The club has the benefit of an excellent group of players, coaches and backroom staff who are all aligned in their vision and ambition".

Diamond has made 351 appearances for Sale Sharks in a career spanned between 1989 and 2000. He had worked with England Saxons, Saracens and Russia as coach in the past and was associated with Sale Sharks for almost a decade before making an exit last year due to personal reasons with Alex Sanderson replacing him.

“I met with Colin Goldring and Jason Whittingham and they impressed me as two very enthusiastic owners who want to build on the legacy that Cecil Duckworth, who was someone I knew reasonably well, left,” Diamond said.

“After a year out of the game I’m delighted to be coming in to assist Solly and to work with JT to help improve results.

“The first couple of weeks, after I start a week on Monday, will be about assessing where we are and where we need to tighten things up.

“The first objective will be to ensure that we become a difficult team to beat but we have an exciting back line that, when all are fit, can challenge any in the Premiership.”