England on 'sticking to their strengths' for Springbok challenge 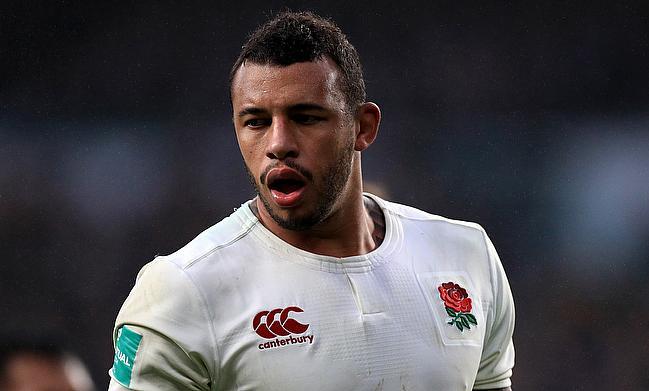 Playing South Africa on Saturday may serve as some sort of therapy for Courtney Lawes.

In 2019 the Northampton Saints man started alongside Maro Itoje at lock in the Rugby World Cup Final, playing the first half before being subbed off for George Kruis.

Fast forward two years and on tour with the British and Irish Lions, Lawes and his teammates again succumbing to the Springboks, this time across a three Test series.

With the added pressure of captaining England this weekend, Lawes has been one of the players leading the conversations at how best to beat South Africa.

“We had a meeting at the start of the week, just to put a game plan together,” Lawes said.

“I can’t say too much about it, but essentially South Africa know exactly what their strengths are and if you want to stand a good chance of beating them, there is times that you are going to need to front up and challenge them and there are times you are going to want to play away from them.

“So, if you are going into the game just wanting to play your game against them, you are probably not going to come off on top and not many teams do.

“You have to go there with, not necessarily anything different, but you have to make sure you stick to your strengths and don’t play into theirs.”

In the Rugby World Cup Final, England faltered where it mattered most. With Kyle Sinckler having to leave the field of play in the game’s early stages, Dan Cole never quite managed to get up to speed, with Tendai Mtawarira dominating proceedings, causing the domino effect and all of England’s set-pieces not functioning optimally.

Eddie Jones has named our side to face South Africa on Saturday ??@O2Sports | #WearTheRose | #ENGvRSA

Another player likely to have bad memories of 2019 is Jonny May. Hooked from proceedings following Makazole Mapimpi’s 66th minute try, two years later the 31-year-old watched the Lions tour from afar.

Since then, the likes of Cole, Kruis, Billy Vunipola, Mako Vunipola and George Ford have been moved on from the England setup following a disappointing 2021 Six Nations campaign and a series of underwhelming performances.

In this time, South Africa have remained at the top, beating the British and Irish Lions on home soil before an indifferent Rugby Championship campaign that ended with a win over the All Blacks.

Since coming to the northern hemisphere, wins against Wales and Scotland have come with relative ease, with victory at the weekend completing an Autumn Nations Series clean sweep.

Added to this, Martin Gleeson, Richard Cockerill and Anthony Seibold are all new additions to the coaching setup, making this a very new group across the board.

“We are very much still focussing on our process and our identity as this new England,” May said.

“The messaging has been clear; what was the old England good at? Our defence and set-piece and we want to get better at that. The set-piece is going to be tested this week, but we want to develop our attack and we know it is going to be a very, very tough challenge at the weekend.

“But an exciting one, in that they are probably one of the most aggressive and one of the best defences in the world, so let’s not shy away from that and we want to have a go at attacking it as well.”

Earlier this week, Freddie Steward discussed how the battle of the airways was going to be influential on proceedings at Twickenham and England have introduced another wing to give them the best chance of winning that battle.

In all three games this Autumn Nations Series campaign, May’s opposite wing will have featured three different players. Adam Radwan started against Tonga and Manu Tuilagi started the next and on Saturday Joe Marchant will take on the No. 14 shirt against South Africa.

Eddie Jones described Marchant as “one of the best in England in the air”, a testament to the fact that Handre Pollard will be launching the ball high into the West London sky.

“We have confidence in our ability in the air as a back three,” May said. “It is something we practice hard on, and it is a big part of rugby in the Premiership to be honest.

“To be an England player, you need to have that strength and it is something that we work on, and we back ourselves at, but we know that’s going to be challenged at the weekend.

“If I was to anticipate how South Africa were going to play, I think they just do what they do and they do it better each week.

“I can’t see them going away from what they do, and they will think ‘these guys are good in the air, we are going to prove we are better’ and come straight as us in that area. That is what I expect.

“England can be renowned for a good set-piece, and I think they will think ‘they have got a good set-piece, we are going to come for that as well’. I don’t see them going too far away from what they do and try and do it better.

“We’ve got to meet that and just do the best we can, but back ourselves as well.”