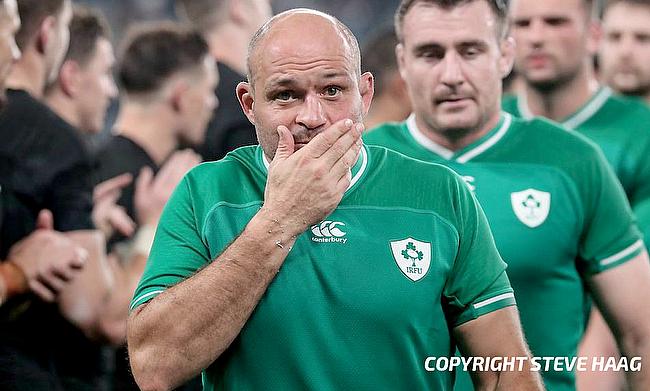 When Ireland bowed out of the Rugby World Cup at the quarter-final stage for the seventh time in the tournament’s history, it was hardly the fairytale finish for Rory Best.

The Ulsterman, who led his country after the retirement of both Brian O’Driscoll and Paul O’Connell, was on top of the world just a year earlier when his team won a Six Nations Grand Slam and then beat the All Blacks in Dublin.

Fast forward to October 19th, Best was walking off the pitch at the Tokyo Stadium hand in hand with his children. It had already been announced that the hooker was retiring from the game and it was hard to believe that the Irishman’s rugby career would be ending on such a low.

However, he has not hung up his boots just yet. Best will be leading the Barbarians out at Twickenham on Saturday before jetting off to Sao Paulo to play Brazil. The Baa Baas then heading back to the northern hemisphere to play Wales in Cardiff at the end of November.

“It’s a team that I have never played for,” Best exclusively told TRU. “I looked back at the few pieces of memorabilia that I have got, I have every shirt that I possibly could and this is one I have never done. It will be a nice way to finish up.”

Amazing moment as Rory Best brings his kids onto the pitch after his last match in an @irishrugby shirt.

A legend of the game, who gave it all for the jersey.

Thanks for the memories Rory ?? pic.twitter.com/1rKuLdOPkM

“It will be a little bit more like when I started, a bit more relaxed, a bit more about the fun rather than the actual job, the pressure of performing at Ireland and Ulster level where it is ultimately about the results.”

Having played for Ulster since 2004, Best has been a constant presence in the professional era. Once upon a time a student at Newcastle University, Best played for Banbridge before becoming a regular in Belfast.

Making his Ireland debut in 2005, Best went on to gather 124 caps in green, playing at four Rugby World Cups and going on two British and Irish Lions tours. A lot is made of the Barbarians, with Best recognising the difference between professional rugby now and when the front-rower began his career.

“There is an expectation that every team is preparing the same way now.” Best said. “Fifteen years ago, the better teams were in a better position to win games because they were a bit better organised, whereas all teams are like that now.

“That has been the massive change and that is what is good about this Barbarians team. It is back to throwing 26 guys together, trying to find a bit of common ground and try to find a performance at the weekend.”

One of 22 capped internationals in this Barbarians side, Best will be lining up alongside Rugby World Cup winner Tendai Mtwarira, whose Springbok team recently bettered Barbarians coach Eddie Jones in the final.

There’s something The Beast has that Eddie likes...??

Mtwarira, who is affectionately referred to as Beast, similarly to Best, has called time on his international career before exiting club side the Sharks in Super Rugby. Having come up against the South African on several occasions in his career, Best was full of praise for the man he can now call his teammate.

“There’s players on that team sheet that I have been very fortunate to play against, some of them, especially the Beast, on many an occasion,” Best said.

“You admire them from afar and to now be able to scrum beside Beast and see first-hand what he does, same with Eddie (Jones) and Mitch (John Mitchell), to see how they coach and prepare.

“It’s a very different environment from England, but you get a feel for the personality, you get to experience first-hand why the Beast has over 100 caps and why Eddie is so highly sought after.”

Jones and Mitchell’s relationship has already taken England to a World Cup final, but their time on the touchline in Barbarians colours is set to be a short one. Jones will be heading up coaching in the lead-up to this Saturday’s game against Fiji, with John Mitchell taking the reins for the clash with Brazil.

Another emerging nation on the world scene, Brazil, had little rugby presence prior to the 2016 Olympic games. Hosting the tournament, the country instantly had teams in the competition.

“I’ve never been to the country and rugby is the gift that keeps on giving,” Best said. “It is another opportunity to go somewhere I’ve never been and all in the name of rugby. It will be very different.

“It seems a fantastic country and straight away, when you say you’re playing Brazil, the first thing people says is ‘they’ve got a good scrum’. It will be different and exciting, which is what you want from the Barbarians.”

Extending his rugby career until November 30th, Best will no doubt bow out as one of the greatest to have pulled on the white of Ulster and green or Ireland.