‘Building relationships' has been key for Ulster coach Roddy Grant 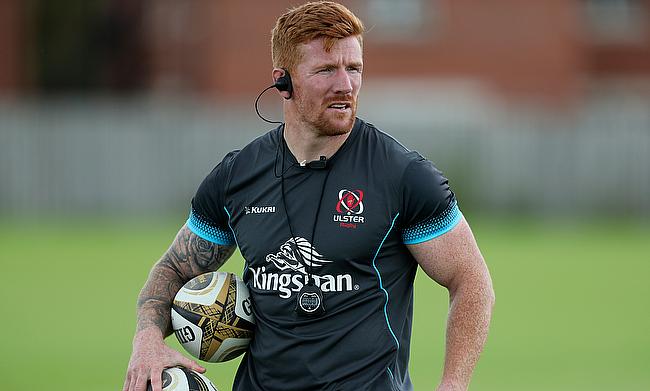 Former Scotland ‘A’ back-row Roddy Grant is only 32, but he is now into his fifth season of coaching and is a highly regarded up-and-coming coach within the Guinness PRO14 and beyond.

He is currently back where he grew up in South Africa with an Ulster squad who are preparing to face the Southern Kings this weekend.

They will be aiming to bounce back from their 63-26 defeat to the rampant Cheetahs in week two of the PRO14, but having won against the Ospreys convincingly on the opening weekend, the Belfast club’s new forwards coach is not panicking.

It has never been his style. Even when he had to retire early due to a knee injury in December 2015 aged 28 he kept cool, looked to the experienced people around him for guidance and calmly started building up an exciting coaching career for himself.

And the key to the last four or so years as he has worked with Edinburgh Rugby (twice), London Scottish, the best young players in the Scottish Rugby Academy, the Scotland under-20 and Seven teams and shadowed the national team coaches before the summer move to Ulster? Communication.

“It has all been a bit of a whirlwind in terms of my coaching over the last few years, but I have been lucky enough to work alongside some very experienced people along the way and the big thing I have learnt is to listen,” Grant told TRU.

?? “It’s a really exciting challenge coming here. It’s a massive club, with massive history but you also get the sense it’s building towards something really special.”@roddygrant is looking forward to the season ahead! ??

“Everyone has different ways of working, but as a younger person coming into any new job you have to listen to what people are telling you and take bits from each and every one of them to then mould the way that you want to get your own methods and messages across.

“You then have to listen to the players. There is no point in you going on and on about something if the players are not buying into it and because I played the game fairly recently I hope that I can gauge how players are feeling or what might make them tick as a unit.

“Coming into a new environment over the last few months has been different for me, I have had to get to know a whole new group of coaches and players, but I find if you listen to everyone, make sure everyone has a voice in the group and then build relationships from there then it can be really exciting.

“Coaching is all about building relationships and sustaining them, that is how you get the most out of people.

“A lot of the players who were at Edinburgh I had played with and already had some sort of relationship with whereas here at Ulster, everything and everyone is new to me and is a challenge, but one I am very excited about.”

Having grown up in Botswana and South Africa, when he first moved to Scotland where his parents were from, Grant played for the famous Gala club before moving into the pro ranks with the now defunct Border Reivers and then played 138 times for Edinburgh Rugby.

He represented Scotland Sevens between 2006 and 2014 - including the 2014 Commonwealth Games in Glasgow - and was part of the Scotland ‘A’ team that secured a 35-0 victory over England Saxons in 2012.

Learning from some of the best

So, what happened after he retired midway through the 2015/16 campaign?

“I retired in December 2015 as a player and at that stage Mark Dodson and Scott Johnson from Scottish Rugby and the then Edinburgh head coach Alan Solomons were great with me helping me get a foot in the coaching door,” he stated.

Here's the pick of the bunch ??

Which other #GuinnessPRO14 finishes caught your eye this weekend?? pic.twitter.com/f6udIta7nt

“Alan kindly let me do some individual coaching with some of the guys at the club and soon after I went down south with [former Glasgow Warriors head coach] Sean Lineen to work at London Scottish for a few months and I saw him more than my family during that time!

“It was great being thrown into that environment and I kind of had to learn quickly and sink or swim.

“Then I spent a year working within Scottish Rugby as an Academy coach while I also got to work with the under-20s at a World Cup in Georgia under John Dalziel, the Scotland Sevens set-up under Calum MacRae and shadow and learn from the Scotland coaching team.

“I then did two years at Edinburgh under Richard Cockerill and he was great to learn from as a forwards coach.”

As a player Grant spent most of his time at Edinburgh, so as a coach he was keen to spread his wings when the chance to work under the meticulous head coach Dan McFarland at Ulster came up in the summer.

“It was the right time for a new challenge,” he explained.

“It was the perfect time to take the job because as a player I never really changed [professional] environment, I was always at Edinburgh, but as a coach I want to experience as much as I can and keep evolving.

“I had a really, really good learning experience under Cockers at Edinburgh, but as a coach I want to keep testing myself and I thought this was a good challenge for myself at Ulster while it felt like the right ‘fit’ for my family - a wife and two kids - coming over to Belfast.

“I’ve got a lot of memories from Belfast as a player - not many winning ones! - and I used to love playing there, and now being a part of the culture at Ulster is something I’m really looking forward to.

“It was always my favourite away game and now I want to make it my home.”