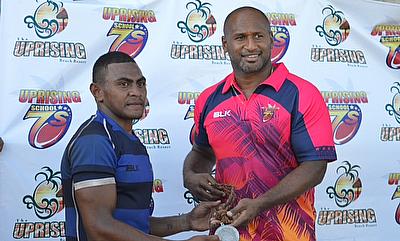 Tomorrow sees the start of the four-day extravaganza that is the MANA Whey Fiji Coral Coast Sevens.

All eyes will be on the young talent of Fiji on Wednesday 18 January when the much-lauded Uprising Youth Sevens competition opens the tournament in ‘Rugbytown’ Sigatoka.

Following the outstanding success of last year’s inaugural youth event the number of teams has ballooned from 16 to 24.

“The Uprising Fiji Beach Resort is partnering with the Mana Whey Fiji Coral Coast Sevens in hosting the Uprising Youth Sevens with a view to provide upcoming players with a platform to show their talents and gain valuable competition time,” said General Manager James Pridgeon.

“At the same time the event helps to develop the future of sport in our rugby-mad nation.”

Under-19 teams from all over Fiji are registered for the two-day competition and, aside from the pride of winning the event, there will also be many out to impress those onlookers watching with more than just a passing interest.

“It would be remiss of me not to go out and look for quality at tournaments like the Coral Coast Sevens,” said Baber.

Lelean Memorial School return as the defending champions, keen to show that the 2016 result was not a one-off, and will take on Waisiliva in the first game of the day.

Late Thursday the winning team will collect prizemoney of $7,500 and the Player of the Tournament will be awarded the Lote Tuqiri Medal – presented once again by the man himself.

The Uprising Youth Sevens starts at 10am Wednesday while the senior competition kicks off on Thursday with the Crest Na Iri Women’s Trophy.

In an effort to give locals every opportunity to watch the action, organisers have made entry to all four days of competition completely free of charge.