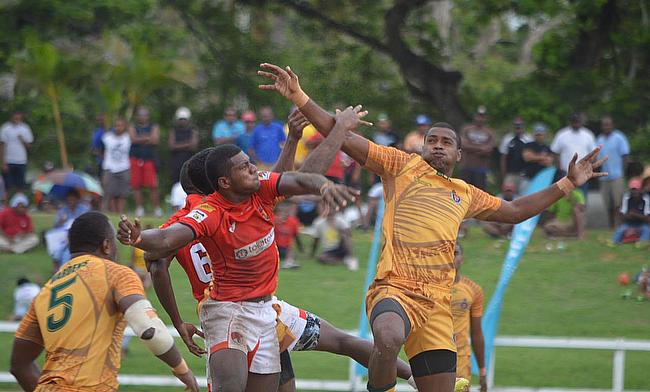 The seventh edition of the Fiji Coral Coast Sevens is scheduled to be played in Sigatoka from 18th to 21st January next year.

Being one of the popular sevens tournament around and Fiji's top-most competition, it will attract draws from men's, women's and school teams around the pacific.

Founding Chairman Jay Whyte believes with the Olympics around, sevens tournament will attract a lot of interest.

Whyte has also revealed that they have invited teams from the partner sevens tournaments and is expecting to have a successful season.

“The Fiji Coral Coast Sevens is the 'champion of champions' for the Pacific Rim and set to be another thrilling tournament in the electrifying new Olympic era,” said Whyte.

“With invitations being extended once again to the winners of partner tournaments the Samoa Independence Sevens, the Serevi Rugbytown Sevens USA and the UON Central Coast Sevens (NSW), as well as the best of the best from Fiji, the men's event is sure to have a fantastic field.”

The Samoa Independence Sevens that finished last weekend was won by Vaiala BBE while Sereivi Rugbytown Sevens and UON Central Coast Sevens are scheduled to be played at end of August and October respectively.

Whyte also expressed confidence on the tournament to produce quality sevens players like Jasa Veremalua for Fiji to compete in the Olympics.

“We were proud to become the first tournament to offer equal prize money for women this year and we look forward to continuing the sport’s growth on the back of the Olympic Games,” continued Whyte.

“We are also delighted to bring back the Uprising Schools Sevens for the second year.

“We congratulate Fiji on becoming back-to-back world champions and like all Fijians are incredibly excited about rugby sevens being in the Olympics and Fiji’s chances in Rio.

“We are confident the Coral Coast Sevens In Sigatoka in 2017 will help produce new Olympic heroes for Fiji.”

Veremalua, who represented Red Rock won the Campese-Serevi medal for the best player award in the 2012 Coral Coast Sevens which prompted his inclusion in the national team shortly and scored 52 tries for Fiji in the world series.

With Bayleys Real Estate not renewing their sponsorship for the fourth year, Whyte said a new sponsor will named in the coming days.

Local side Police became the first team in 2016 to win consecutive Fiji Coral Coast Sevens titles after beating Wardens 26-10 in the final at Lawaqa Park.