Would the Gold have gone to NZ if All Blacks were included? 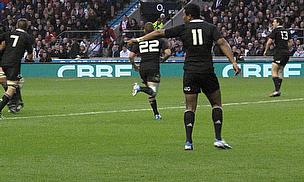 Would some All Blacks in the New Zealand 7s team have made a difference?
©Talking Rugby Union

The new Head Coach of the USA sevens, Mike Friday, exchanged tweets with @talkrugbyunion on Saturday evening after day 1 of the Commonwealth Games. The topic was the role of a 7s pathway and if fifteen a side internationals had a role.

Here our reporter in NZ asks a similar question.

The Commonwealth Games is over and New Zealand took the silver medal behind an impressive and speedy BlitzBokke South Africa who used a sprinkling of Super Rugby and former Springboks to help take them to the gold medal at Glasgow 2014.

New Zealand have won the first four Commonwealth Games since Rugby Sevens was introduced, but you have to wonder if there actually is room for teams to include some exciting players from the 15-a side game, even though both Rugby Sevens and XVs are totally different games?

New Zealand really missed some players with speed like Frank Halai, Charles Piutau, Ben Smith and Julian Savea who would have given them a great chance at winning the gold medal at the Glasgow 2014 Commonwealth Games. New Zealand made

The problem is that Sevens Rugby clashes with Super Rugby and International Rugby and requires specialist training, hence why only fringe Blues player Peter Ahki was the only Super Rugby player included by coach Gordon Tietjens.

The other thing is that in the past there have been plenty of quality 15-a side players that return to Rugby Sevens, but don't make the intended impact. I remember attending the Wellington Sevens in the early days and greats of the game like Christian Cullen and Jonah Lomu made a limited impact on the game despite originally playing sevens in their younger days, but being out of it for about five years.

Who would you include in the New Zealand Sevens team for Rio 2016?

Ideally, you want a core of experienced sevens players to be the glue of the team and then stars like Ben Smith, Frank Halai, Charles Piutau and Julian Savea add the spark.

There are also some other players who would probably be keen, but you don't want the team to lose their edge by having too many new faces. Some more leftfield options would beKieran Read, Hosea Gear, Rene Ranger, Sonny Bill Williams, Benji Marshall and Shaun Johnson from rugby league fame.

@MikeFriday09 - any of the international fifteen players making an impact?

@MikeFriday09 - great to see 7s being adopted across the sport of rugby.

@MikeFriday09 - totally support your view; just don't like the description pathway as it implies if you are not on it, you don't get a go

@MikeFriday09 - that is a good point. What is average length of a 7s players career?

@MikeFriday09 - that is a good point. What is average length of a 7s players career?

@TalkRugbyUnion yes &Cama....Afrika will also become one as will Mikkleson....Tom Mitchell (injury permitting) will be next one for England