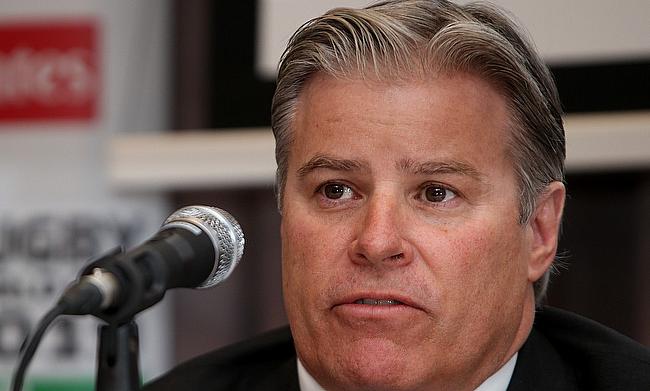 World Rugby chief executive Brett Gosper stated that the board is considering expansion of the Rugby World Cup to allow 24 teams to compete in the showpiece event.

The competition that was started with 16 teams saw an expansion of four more teams since the fourth edition in 1999 but the governing body is now looking at a possible expansion that could include additional four more teams to be part of the mega event.

The move to allow 24 teams will not be implemented for the 2019 edition in Japan - which will also be the first World Cup hosted in Asia but Gosprer revealed that they are in consideration to bring out the change for the 2023 edition in France.

"We're aways looking from an expansive point of view rather than reducing so it's just a question of when rather than if," World Rugby boss Gosper said.

"We want to make sure the teams are competitive enough to move to a 24-team tournament. We have assumed 20 for 2023 but we could change that between now and 2023.

"The tendency for us is to try and look to expand. It's about growing the global game - getting interest from fans and commercial interest in new markets.

"But you've got to make sure you've got the teams. We're definitely in an expansive mindset, is how I'd put it."

An increase in number of sides could see a mismatch between the teams but Gosper is confident that the teams are given proper support to be competitive at the highest level.

"We'll work hard after that team qualifies to ensure they've got all the technical coaches they need - as we do for each World Cup," Gosper said.

"We are confident that team that qualifies will be competitive enough, even against the All Blacks."