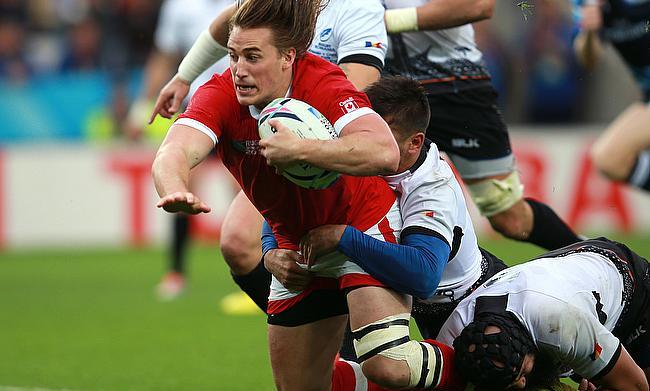 World Rugby have confirmed that the 20th team at the 2019 World Cup will be decided in a repechage tournament that will take place in Marseille.

Being hosted at the Stade Delort in France’s second largest city, Canada, Germany, Kenya and Hong Kong will play each other to decide who gets on the plane to Japan.

Stakes are particularly high for the Canadians who have been present at every single World Cup since the inaugural tournament in 1987. The Canucks were unable to overcome a Uruguay side who confidently beat them over two legs seeing the South Americans join Australia and Wales in Pool D.

The man tasked with taking Canada to another World Cup is Welshman Kingsley Jones. “I don’t care who we face in the competition, we have to be ready and play well,” he said.

“We haven’t won three tests on the trot for goodness knows how long, and that’s probably what we have got to do. Our target is to win all three games, it’s as simple as that.”

.@OfficialKRU have secured an international friendly against Rugby Gold Cup champions Namibia as the @KenyaSimbas prepare for the @rugbyworldcup Repechage tournament in an attempt to claim the last remaining place at Japan 2019. #KweseESPN.

Hong Kong qualifies for the tournament following their impressive 77-3 aggregate victory over the Cook Islands in July. Kenya qualified after finishing as runners-up in the Rugby Africa Gold Cup where Namibia guaranteed their place in Pool B for the World Cup.

Germany, who will be led by former Bath head coach Mike Ford, are in the competition following their aggregate defat to the Samoans over two legs in July, in which there were promising signs for the emerging nation.

Being held in France, the repechage comes just several months after the nation hosted the World Rugby U20 Championship, in which their U20s won overall, beating England in the final.

World Rugby Chairman Bill Beaumont said; “Following the outstanding success of the recent World Rugby U20 Championship in southern France, we are delighted to partner with the French Rugby Federation again to deliver this important tournament as France continues to advance its preparations for hosting the Rugby World Cup in 2023.”

Each team will play each other once over three consecutive weekends starting on the 11th of November. The winning team will join Pool B alongside; New Zealand, South Africa, Italy and Namibia for next year’s World Cup.