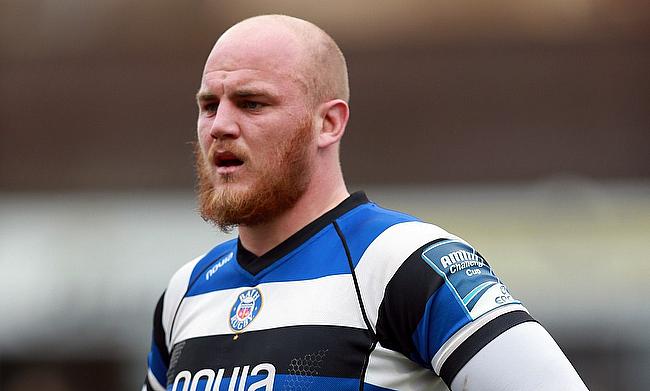 Worcester Warriors have announced the signing of Matt Garvey for the upcoming 2021/22 season.

The 33-year-old will head to Sixways from Gloucester Rugby after joining the Cherry and Whites in 2020.

Garvey started his professional rugby career with London Irish in 2009 and switched to Bath Rugby in 2013 and went on to captain them between 2017 and 2019.

"Worcester have always proved to be a tough challenge every time that I have played against them, and after having spoken to JT I was impressed with the plan and vision he has for the squad for next season and for the future," Garvey told Worcester's official website.

"There are some very talented young players coming through and establishing themselves, and I look forward to joining up with the squad and playing my part next season."

Overall Garvey has played in 172 Premiership games for the three clubs combined and will become the 13th signing for the Warriors ahead of the next season.

"We said that we had a couple more signings to make and one of them was a six/lock," said Warriors Head Coach Jonathan Thomas.

"We have a lot of good, young back five players but Matt’s experience and leadership will add real value to the squad.

"It is important that you have good a balance between youth and experience and Matt can be a mentor to those young guys.

"But his real point of difference as a player is his experience and his knowledge and ability around the scrum and maul which are areas for growth for us. The Premiership is the most physical league in the world and Matt has got lots of experience."

Worcester finished the 2020/21 season of the Gallagher Premiership at last after managing just four wins from 22 games.