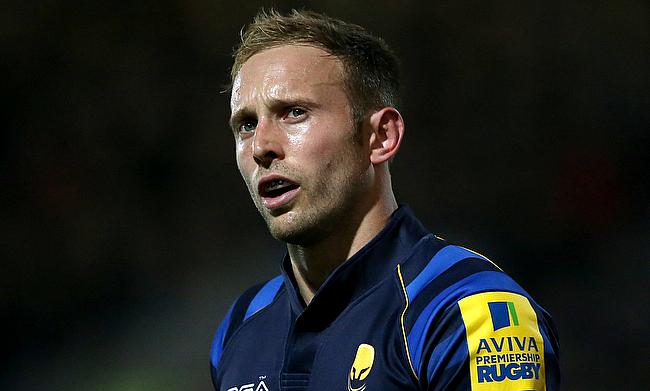 Worcester Warriors legend Chris Pennell will be making his exit from the Gallagher Premiership club ending a 14-year association.

Pennell made his professional rugby debut with the Warriors in 2007 with his Premiership debut coming against Bath. He was named the club captain during the 2010/11 season of RFU Championship and help them gain promotion to the Premiership in 2011.

The 34-year-old has made 253 appearances for the club scoring 426 points including 43 tries. He has also featured in 175 Premiership games for the Warriors.

Pennell was set to have a farewell game at Sixways on Saturday but the encounter against Gloucester was cancelled due to a Covid-19 outbreak in the Cherry and Whites camp.

“I am incredibly proud of my time with the club, and I feel very fortunate to have been doing what I have been doing with Worcester for so many years,” he told in a statement released by the club.

“It’s a really exciting time for the club with all the changes that have been made and I hope the success we all desire will be just around the corner.

“It will be nice to watch that success off the field and try to return some of the incredible support that I have had over my playing career and give it to the people that will be taking the club forward now.

“The owners have been really supportive and have told me there will always be a place for me here where I can add value so watch this space.

“The romantic in me thinks it would be nice to finish my playing career at Sixways but it’s also exciting for me to explore other opportunities. It has been a good number of years since there was any consideration of playing for another team and with my body but, more importantly, my head in a really good place, now is the time to move on.

“It’s an exciting time for Worcester but I am also looking forward to some new challenges and experiences as well.”

Worcester Warriors director of rugby Alan Solomons paid tribute to Pennell and lauded his contributions to the club.

“Pens is one of the club legends. Worcester is his home, and it was terrific to see him get his 250th ‘cap’ for Warriors this season,” he said.

“To make 250 appearances for one club is an incredible achievement and speaks volumes about the man.

“Pens is one of a kind and we have been blessed to have him spend his entire career to date here at the club. His contribution has been immense.

“We wish him all the best for the future and hope to see him often here at Sixways.”