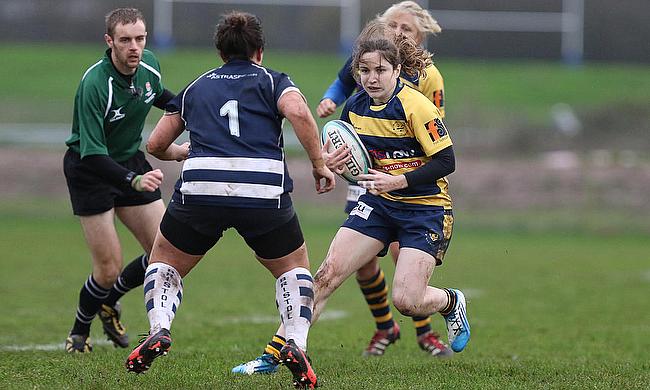 Worcester push Bristol out of the play offs to ensure their place in the semi-final with a dominate, but tense performance.

Needing a win to secure their place in the play offs, Worcester completed their league fixtures with a dominant display against Bristol, their win giving them a one-point league advantage over the visitors to secure the opportunity to now challenge for the premiership title.

Conditions were not conducive to total rugby given the previous night’s heavy rain coupled with gusty winds and driving rain throughout the game. However, the home side entertained the hardy 200 plus crowd with a very business-like performance, even if this did induce stress to both sets of coaches for the majority of the game, but to be fair, Worcester never looked likely to lose this game from the moment they collected the Bristol kick off and surged into the attack.

Worcester started the game with power and purpose, pinning Bristol in their 22 for the opening 26 minutes, denying them any ball at all. Supporters from both sides must have been impressed by the intensity of the home attack and amazed that it took 24 minutes for Worcester to open the scoring. Bristol had defended this period magnificently with England captain Sarah Hunter prominent. The deadlock was broken following two forward surges where the ball was held up and player of the game Lisa Campbell dropped in the back line, taking collecting the ball fired out from the ruck she evaded three defenders running powerfully to cross line and relieve the frustration and tension of the home sides coaches.

The pattern of the game continued. Bristol must be commended for their resolute defence and Worcester for their dogged persistence, although at half time, despite the home sides complete dominance, the visitors could still be in the game.

Worcester clearly had their sights on the play offs though, but the penetrating runs of Kelly Smith, Rachel Lund and Zoe Bennion still failed to increase their lead.

The second half saw Worcester sustaining the pressure, their line out working well and consistently for probably the first time this season, credit here to the recent coaching of Dave Whiting. The Bristol defence were kept busy by the home sides smaller and lighter, but dominant pack, and the powerful running of Kelly Smith, Zoe Bennion and Rachel Lund from the backs. Much to the relief of their supporters and coaches, they eventually increased their lead, Campbell kicking a penalty to the corner followed by an excellent catch and drive with the on fire Campbell, certainly leading by example as captain in the crucial game, again crossing the line.

After 60 minutes Bristol did put some impressive moves together but found it very difficult to get beyond the home 22, with Smith, Lydia Thompson, Lund and Bennion all tackling ferociously along with young Rhi Donnahey causing havoc at the breakdown.

Worcester effectly sealed victory and their place in the play offs with a third try from the irrepressible Rochelle Clark, driving over after sustain pressure on the Bristol 5m line in 73rd minute.

For the first time in the game the home side lost a little focus and allowed Bristol a sustained 5 minutes of attack, but Worcester’s defence in the red zone was impenetrable.

Rarely can anyone have seen a game in which one side had so much dominance, with so little scoring reward. This encounter saw both teams provide a thrilling game for supporters with the contrasting performances of attack and defence.

Worcester having achieved the goal set by the coaches take a festive break before the play off semi- final on January 10th, away at league leaders Richmond. The second team entertain Buckingham Swans at Westons on this date, kick off 2.00pm.

One has to feel for the Bristol contingent, having been in the top three of the league for the entire season, they lose out in something of a mirror situation to last season’s Warriors and Bristol situation final games.