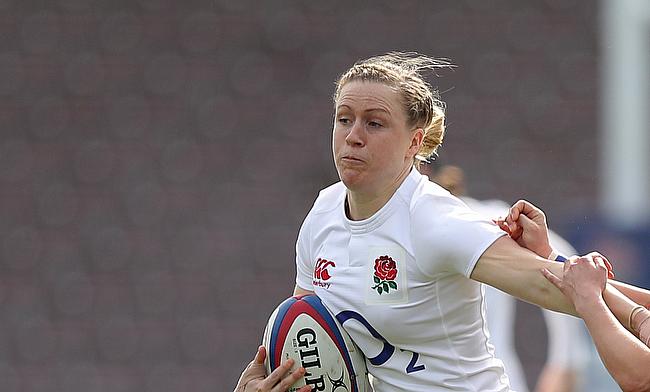 England and France maintained their unbeaten run while Ireland trounced Wales 35-12 in the round three of Women's Six Nations Championship.

It took England just three minutes to get their first point on the board with Danielle Waterman crashing past the line and four minutes later Sarah Bern crossed over with Katy McLean slotting the conversions on both the occasions. Scotland's response came through a penalty goal from Sarah Law in the 14th minute and three minutes later they got their first try Jade Konkel as they reduced the gap to six points.

However, that removed the only points for Scotland in the game but England with Charlotte Pearce (21' and 27'), Ellie Kildunne (39'), Lagi Tuima (62') and Waterman (67') scoring further tries to complete an 8-43 bonus point victory.

Standings: England continue to top the table with three wins from as many games while Scotland are at the fifth position.

Cyrielle Banet (8' and 15'), Jessy Tremouliere (30'), replacement Marine Menager (35') and Agathe Sochat (40') scored first half tries for France with the fullback kicking five conversions and a penalty to take the score to 38-0 at half-time. As Wales failed to any point in the game, the first points in the second half came in the 73rd minute from Yanna Rivoalen while Menager and Pauline Bourdon capped off a fantastic game for France as they went on to complete a 57 point victory.

Standings: France are at second place while Wales are at fourth.

Leah Lyons got Ireland off the mark with a 15th-minute try and Niamh Briggs slotted the conversion. Just at the stroke of half-time they doubled the lead with a touchdown from Claire Molloy and extras from Briggs. Wales showed a lot of intensity at the start of the second half with Amy Evans (44') and Sioned Harries (46') scoring tries to reduce the gap to two points but Ireland dominated the rest of the game with Sene Naoupu (52'), Hannah Tyrrell (72') and Molloy scoring further tries to help them complete a 35-12 victory.

Standings: The win has taken Ireland to the third position while Wales are at fourth.