Wilson a new doubt for England 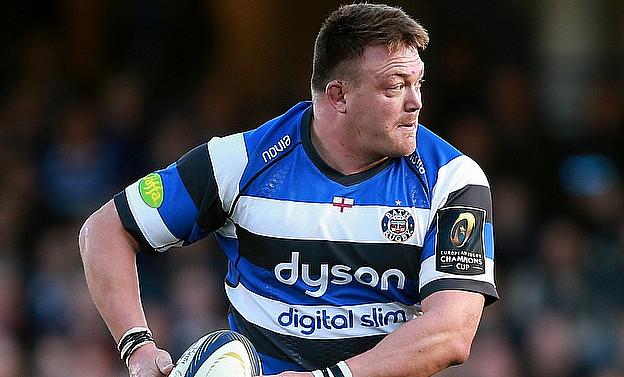 David Wilson is battling a nerve problem in his neck that further dents England's injury-hit preparations for next weekend's RBS 6 Nations opener in Wales.

Newcastle prop Kieran Brookes has been called into England's senior squad from the second-string Saxons.

England could be without 10 injured regulars for their Cardiff clash on Friday week, with Kyle Eastmond, Geoff Parling, Tom Wood and Brad Barritt still struggling to recover in time.

Fly-half Owen Farrell will miss the entire tournament, and now Wilson's fitness has become a concern too.

"We have brought Kieran in as cover at tight-head as a precaution because Davey has a small nerve impingement which should settle down," said England head coach Stuart Lancaster.

England must do without Courtney Lawes, Joe Launchbury, Ben Morgan, Manu Tuilagi and fly-half Farrell for the testing trip to Wales on Friday week.

Lancaster has described Brad Barritt and Geoff Parling's chances of facing the Welsh as "very unlikely", while Eastmond and Wood are still long-shots.

The 24-year-old will join Northampton Saints in the summer and was knocked down England's Six Nations prop pecking order by the return of the likes of Dan Cole, Alex Corbisiero and Mako Vunipola.

London Irish centre Shane Geraghty has joined up with England's training squad despite not being named in either the senior or Saxons squad.

England boss Lancaster said he was keen not to dent the Saxons' preparations for Friday's clash in Cork with the Irish Wolfhounds.

The 28-year-old won the last of his six caps under Martin Johnson against New Zealand in 2009.

"I didn't want to cause any further disruption to the Saxons so Shane's addition is a good opportunity for him on the back of good form and helps us to train with appropriate numbers on Friday," said Lancaster.