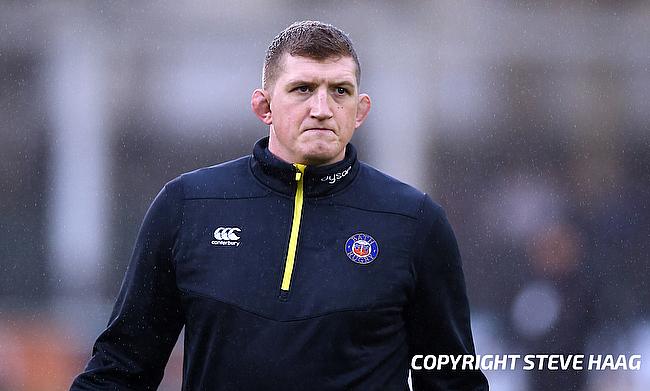 Match Centre: Bath Rugby 10-19 Montpellier
Will Muir Exclusive: Sevens, the transition to Bath and the opportunity of silverware

Bath Rugby have confirmed that winger Will Muir has signed a new two-year contract with the Gallagher Premiership club.

Muir joined Bath in August last year and has impressed since making his club debut in February after scoring five tries from 10 games. He had also represented England Sevens and went on to win the Men’s Player of the Year award in 2019 before switching to 15s format.

“I’m really pleased to have the chance to continue my journey with Bath,” Muir told the official website of the club.

“I’m still learning so much each game and I’m just grateful to have the opportunity to go out there and express myself. If I keep being hungry and keep trying to learn as much as I can, hopefully I’ll keep pushing on and help the team achieve its goals.

“I haven’t had the opportunity to play in front of the Bath supporters yet, but I’ve heard how great the Rec is when it’s packed on a matchday.

"To be able to play in front of a crowd that is so passionate about their rugby in the city is something I can’t wait to get stuck into.”

Bath director of rugby Stuart Hooper is excited about Muir extending his stay with the club.

“Will came to us on a short-term deal with an opportunity to impress," he said.

“He’s worked incredibly hard in training and then snatched every opportunity in front of him when he’s been on the field, so he’s earned himself a deal for the long-term.

“He’s a very popular member of the squad and is someone who the rest of the squad respect and enjoy playing with.”

Bath are positioned seventh in the Gallagher Premiership table with eight wins from 17 games.