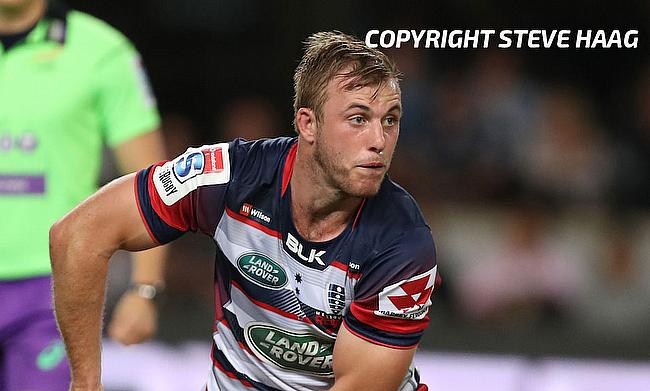 Will Miller played for Rebels in 2017
©Steve Haag

Brumbies have secured the services of back-row Will Miller ahead of the 2020 Super Rugby season.

Miller made his professional rugby debut with National Rugby Championship side New South Wales Country Eagles in 2014 and made his Super Rugby debut for Melbourne Rebels in 2017.

He made a switch to Waratahs in 2018 and overall has played in 34 Super Rugby games in which he scored six tries.

“I’m really excited to get down to Canberra and rip in,” said Miller to the official website of the club after penning a two-year deal.

“The Brumbies have had a spectacular year in 2019, and I look forward to helping build on that moving forward.”

Brumbies head coach Dan McKellar was pleased with the signing of Miller as he believes the 26-year-old will boost the back-row options of the club especially with the departure of David Pocock.

"With the departure of David Pocock, we wanted to bring in a backrower who has an on-ball presence and Will certainly will bring that,” Brumbies Head Coach Dan McKellar said of the signing.

“He is a very skilful player and a good link between the backs and forwards. He has the ability to play on an edge and he can be very creative in attack.

“Will has played a lot of rugby over the past few years and he’s played a significant role in the development of his club side Norths, helping them to a Premiership in the Shute Shield in 2016.

“He’s a good country boy who’s worked hard at club rugby to get his opportunity at Super Rugby level and has proven that he belongs at this level.”