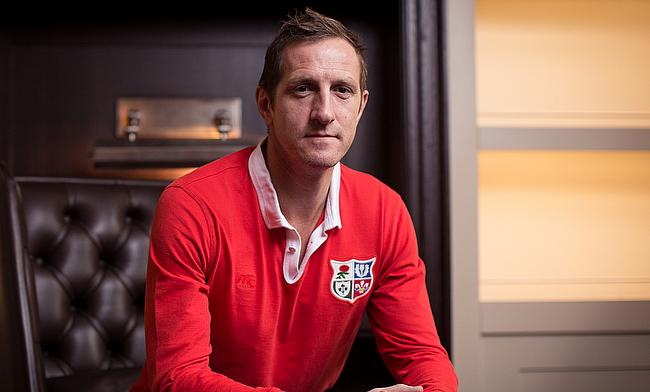 Former England international Will Greenwood is backing Mark McCall's Saracens side to win the Aviva Premiership title in the upcoming season.

The Allianz Park outfit won the double of Aviva Premiership and Champions Cup in the 2015/16 season and in the last season they successfully defended their European title but missed out on the domestic crown.

Speaking ahead of the season opener, Greenwood, who was a member of the 2003 World Cup winning England squad believes Saracens are the best team in the tournament and are favourites to lift the title once again.

"Exeter won the title, but the best team in England over the course of the year were Saracens," Canterbury ambassador Greenwood said.

"Tipping anyone other than Saracens is like backing against Sir Alex Ferguson's Manchester United - they didn't always win it, but you'd have to be very, very good to beat them.

"If Saracens don't make the top four I'll eat my hat. They are one of those teams about which you can make outlandish statements and not be worried. I think they'll win it this time.

"They lost a lot of their key players to injury between January and March last season, which meant that the players who backed up for them and produced four or five monster games suddenly had to do 12 or 14 games. That hurt them come the end of the season.

"They didn't manage the double, but they did it brilliantly the season before and doing it is one of the great achievements in the game."

Greenwood also insisted that for Exeter Chiefs to be recognised above their status of overachievers, they need to do well in the European Champions Cup where they are pooled with Glasgow, Leinster and Montpellier.

"Exeter's big challenge is Europe - having a proper dig at Europe as English champions," Greenwood said.

"To take on their continual ability to confound critics, that's their next challenge, just like Manchester City's challenge is to win the Champions League.

"If they do well in Europe, then they're properly established and they're no longer confounding the critics."