Saracens' Will Fraser forced to retire due to injury 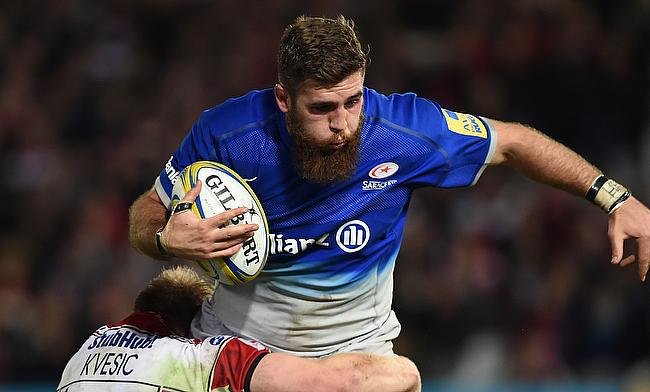 Saracens flanker Will Fraser has announced his decision to retire from professional rugby with immediate effect following a neck injury.

The 27-year-old, who was part of the Saracens Academy joined the Allianz Park outfit in 2011 and spent his entire career with them and was a part of their double triumph of European Champions Cup and Aviva Premiership last season.

"As everyone knows, I have had a torrid time with injuries pretty much throughout my whole career, but especially in the last couple of years," said Fraser, who also represented England U16, Counties and Saxons teams.

"Unfortunately, with this injury, I have had to listen to the medical advice, which has been for me to stop playing. The decision was made for me, which is tough, but it's a decision that completely I understand and accept.

And Saracens rugby director Mark McCall added: "Will's attitude, commitment and selflessness will be his legacy at Saracens. The way he fought back from a number of injuries was an inspiration to us all.

"He is, and will always remain, a Saracens man and boy, The respect and admiration in which he is held among his peers at Saracens cannot be overstated.

"He has played a key role in forging the culture we all enjoy here, and he will be missed."