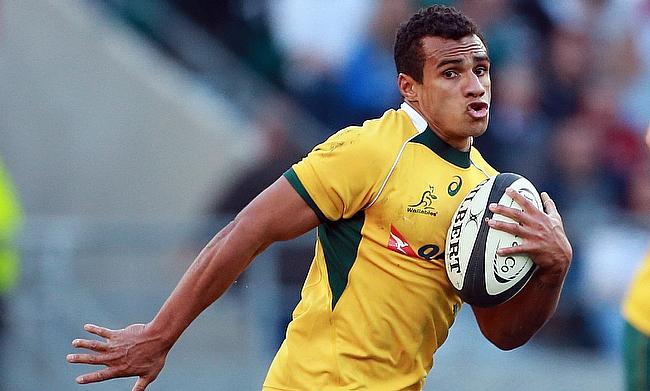 Will Genia is desperate for success against New Zealand
©PA

Australia international Will Genia believes winning the Bledisloe Cup against All Blacks will be a greater recognition than even lifting the World Cup.

The Wallabies last tasted Bledisloe Cup success in 2002 and Genia, who made his international debut in 2009 is feeling the pressure of not overcoming the challenge posed by their trans-Tasman rivals.

“I can only speak from my personal point of view but to me I’d have to say it’s the pinnacle,” Genia told reporters on Monday, in the leadup to the Rugby Championship and Bledisloe opener in Sydney.

“I mean, the World Cup is obviously up there but how often do you get to play the best team in the world three times and have to win two out of three to win a trophy?

“I haven’t won a World Cup so I’m not going to say it’s harder but for me it’s the number one priority because as I said, they’re the best team in the world for the last 15-20 years, back-to-back World Cup winners.

Australia will look to take some confidence from last year's clash between the two teams in October when they ended a seven-game losing streak against All Blacks and they have been boosted by the news on skipper Michael Hooper declared fit ahead of the Saturday's game in Sydney.

Also returning to the squad is David Pocock, who missed last year’s Bledisloe series while taking a sabbatical and Genia is delighted by the 30-year-old's return.

“I think the difference he makes you all saw at the World Cup in 2015, one of the best players on the planet,” said Genia.

“So he brings what he brings in terms of his ability as a player but as well as driving standards off the field, he drives them on the field.”