Why is rugby not so popular in China? 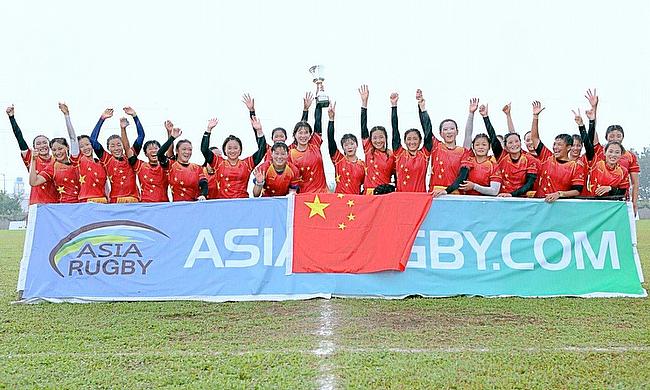 Sports is one of the most popular pastimes or hobbies in every country.

People are making ways on how to make fun and at the same to be healthier, playing sports is the best solution for that. Every sport in each country has a history of how it was discovered and started.

Sports enthusiasts have never been tired of discovering new sports.  The best country to visit and try their sports is China. China is one of the countries that have originated and invented sports that until now other countries enjoy playing. Sports that originated from China such as beikou, Chinese Martial arts, Chuiwan, Cujuk, Jianzi, and Qianball. These sports have been played in China and adopted by some other countries.

China has been the home of champions in terms of sport. China has been competitive in sports. They won 43 golds in the Olympic 2019. They were known for being diligent and disciplined in everything they do, as a result, they earned a lot of awards during last year's Olympic.

Like their homegrown sports that are highly recognized by other countries, Football Rugby has been slowly established and introduced to some countries on what football rugby is. Football rugby is a physical sport. It requires physical, mental, and emotional strength.  In playing football rugby you will also learn sportsmanship, discipline, respect, honesty, and integrity.

Football rugby has been played in some countries in Asia like Guam, Hong Kong, Japan, India,

Thailand, the Philippines, and China. Compared to other sports football rugby played by some Asian countries but it is not as popular as basketball, volleyball, and badminton in Asian countries.

China has been one of the top countries in Asia that earned a lot of awards in every international league.  But why is football rugby not yet popular in their country? Football rugby has already been played in China but these sports don’t have the same attention compared to other sports.  The fire of focusing on building a powerful team for these sports is still in process.  The coaches and the people behind football rugby in china never lost hope in building a powerful team to play in international leagues. There may be times that the people’s interest in this sport is fading but the  Rugby union in China is doing their best to make this sport popular and well known. The popularity Is still in progress. It may not be now but soon this sport will be one of the best sports played by Chinese people because of the hard work of the people behind it.

The popularity of sports is very dependent on how people will embrace and acknowledge the game. This may be dependent on the taste, on the needs, and wants of people in a certain country. Luckily there is a group of people who have never been tired to help people to love sports. Rejection is always there but the hope and faith of every sports devotee is driven to make progress.

Great things start with small beginnings. Football rugby may not be an overly popular sport in china but soon the progress and diligence of the coaches and the Rugby Union in China will be recognized and this sport will be the number one sport in China.