What happens during a rugby pre-season? 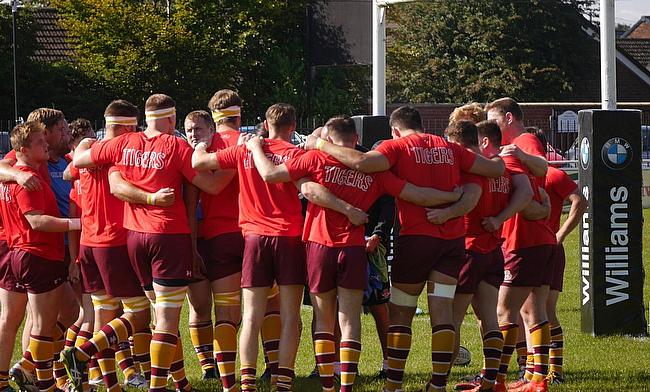 Pre-season is underway up and down the country
©Sedgley Park

Zack Henry: I am motivated to take my rugby as far as possible in France
The perils of being an All Black winger

TRU contributor Ben Mercer gives us the inside track to exactly what it is like for players in the lead up to a new campaign.

Rugby is an odd sport in some ways as there is no way to keep everyone in prime condition during the season. Any time actually practising rugby is detrimental to the physical conditioning of the players as strength and power training are very specific and require a lot of recovery time.

This results in a constant push and pull between the demands of the conditioners who want to keep physical performance high and the coaches who want to implement game plans and perform skill work.

Pre-season is the only time of the year where conditioners get to implement close to what they would regard as ideal, particularly during the first few weeks where actual matches are still some way off.

You turn up after holiday and find people in a variety of states. It’s in your interest as a player to not completely let go during the holidays, particularly as most teams now test you on return to determine how you will spend your next few weeks. Some will even give you extra time off if you meet certain targets.

If your body fat percentage or running test score is satisfactory then you will usually be put on a strength and power program, completing short bursts of heavy lifting, plyometric movements to develop power and sprint-based fitness to increase your speed and ability to repeat.

If you turn up not in the required state then life really becomes not worth living and you may even be put in the designated ‘fat club!’

This usually precipitates very early starts in the gym where you will be ‘beasted’ with strongman style sessions, designed to shock you into a quick response and get you up to speed. You will also often do extras after sessions, varying from extra running to battle ropes and burpees while everyone else is off to the showers.

Preseason can be grim

One year we had to assemble at the rugby club at 6am and jog to the Plymouth marine base where we waited in a squash court until we were called out in groups of 3. We were taken to an old school sports hall where we each had 10 stations arranged in a line in front of us, leading to an exit at the far end of the hall.

‘This is a maximum effort no encouragement session,’ we were told by a terrifying Marine conditioner. We were to do each exercise as hard as possible until he came over and wordlessly moved us on to the next one. If your effort was not to his liking, he would move you back a station.

One of the worst moments of my career was doing press ups until I could barely get off the floor when his booted feet appeared at the edge of my increasingly blurry vision. Briefly the prospect of moving to the next station entered my brain and I felt a surge of optimism. Then he just walked off, leaving me in a puddle of my own sweat and the prospect of more press ups that I could barely do.

The @ExeterCollege Rugby squad are being put through their paces by the ever impressive @RoyalMarines today #teambuilding #preseason @exechiefsacad @ExeterChiefs pic.twitter.com/wBFwACWFf5

This experience is at the less scientific end of what will happen during preseason. Teams will now GPS track you and use heart rate monitors to determine what you do each day. They will test your lactic acid levels by pricking your ear, measure your power output by attaching monitors to your Olympic weights bar and capture your top speed using light gates. Numbers go up on boards and everyone can see where they rank compared to their peers.

It’s a difficult but rewarding time as reaching a higher level of fitness feels fantastic. Runs you found testing become simpler. You feel more physically powerful and you bond with your teammates over your shared hard work.

Pre-season is not only about physical performance. It’s also like the first day of school as a lot of the new kids turn up and you get first contact with new signings up close. Guys trickle in throughout the summer due to international players involvement on end of season tours so the squad probably won’t be fully reunited until four weeks or so after training first restarts, depending on the club.

The social element is huge as team bonding is an important part of forming an effective unit. This is partly achieved through collective physical suffering, but you can find yourself away at activities camps, taking cultural trips and sightseeing and with the odd night out barbecuing or drinking together.

In France, we were taken to see the World War battlefields and historical sites along the Normandy coast which was very moving and fascinating for all involved.

One year at Plymouth, we were put inside a huge repurposed boat and forced to plug leaks in a simulated disaster as the compartment filled with water and rocked from side to side. It was fun yet terrifying, testing our teamwork and communication skills as well as our claustrophobia!

Now, if you want to take a closer look at pre-season you only need to peruse a few social channels.

Auckland Blues have some pretty brutal looking days including their traditional runs up One Tree Hill and Ulster Rugby keep a very up to date Youtube channel.

The prevailing trend in other sports is for individuals to showcase their offseason workouts and the NFL’s Odell Beckham Jnr is always worth a look. Danny Cipriani has taken a bit of a leaf out of this book - he can be seen on Instagram training at big wave surfer Laird Hamilton’s facility he runs with his wife former pro volleyball player Gabby Reece - and I suspect that this trend will become more pronounced in rugby as a whole.

Pre-season is preparation for the players and the team but also the first opportunity for organisations to touch base with supporters eager to know more about the ins and outs of professional sport. Rugby is now a 12-month endeavour and the wheel keeps turning. The offseason is now part of the show.