The perils of being an All Black winger 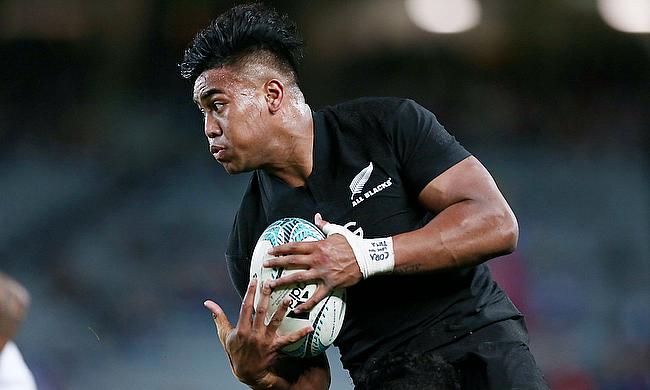 Julian Savea is on his way to Toulon next season
©PA

Julian Savea announced his move to Toulon this week at the ripe old age of 27 years old.

Savea is only 3 tries off of Doug Howlett’s all time All Blacks try scoring record of 49 but has not taken the field in a black jersey since the 3rd test against the British and Irish Lions last year where he dropped what looked like a certain try. It could have proved to be a bit of a sliding doors moment for Savea as he was almost immediately passed over for players with far less experience as injury cover during the rest of the international season.

Savea is presumably just the latest victim of what must be the most competitive position in the sport. Being a New Zealand winger is absolutely brutal as there always seems to be another athletic marvel ready to take your place. In Savea’s case it’s Rieko Ioane who combines size with phenomenal speed and is only 20 years old. He’s started his All Blacks career at a similar clip and just registered a 10-minute hattrick against France this past weekend.

The All Black selectors have previous in this regard as several players have approached the try scoring record before being jettisoned. A look at the all-time scorers sees Savea level with Cullen and Rokocoko, who were both packed off relatively early, and ahead of greats such as Lomu and Jeff Wilson. The longevity appears to be around about 7 years in the jersey for the top try scorers whereas Savea has only really spent 5 seasons in the team, with the highest tries per game average by some distance at 0.85 tries/game. Ioane is just ahead in this regard but from a much smaller sample size.

The wingers currently selected include the less experienced Waisake Naholo and Nehe Milner-Skudder while Ben Smith can cover both wing and full back. Other nations would salivate at the prospect of being able to select Savea and it seems like his qualities will be appreciated in Toulon where big physical wingers like Josua Tuisova are de rigeur.

A general trend is for New Zealand wingers not to last long and there have been several unbelievable players who didn’t play as much international rugby as you would expect. The Gear brothers were physical marvels, Rico scoring in every round of Super Rugby one year, while Hosea was a real beast who was only capped 14 times. Sitiveni Sivivatu was capped 45 times but it seemed like the loss of belief in him was precipitous, while others such as Rene Ranger received big overseas offers just as he seemed to have swayed the selectors.

It’s been an absolute pleasure New Zealand ???? thank you for everything @Hurricanesrugby @AllBlacks & @WgtnRugby I’ve absolutely loved playing for my country for the past decade. Looking forward to this new adventure & joining @RCTofficiel in a few months #AuRevoir ???? pic.twitter.com/IanNDxleNP

The most startling similarities are with Rokocoko who was also 27 when his All Blacks career came to an end, accepting an offer from Bayonne in the Top 14. The two are level on tries scored and both spent their last seasons trying to justify their international inclusion. Rokocoko recently spoke about how :

‘That machine doesn't wait for anybody, it just carries on. You're on the bus, then you're off the bus. You may be Julian Savea, Jonah Lomu or Jeff Wilson, you can be doing your thing and someone comes along and does it better or flashier, then he's the next big thing.’

Savea has had a history of poor conditioning, behavioural issues and loss of form throughout his career but has largely always been able to get into an All Black shirt and over the try line. It seems that patience has finally run out on both sides, probably hastened by the emergence of the ‘next big thing’ in Ioane, and the fact that he saw a place in the World Cup squad for next year as unlikely hastened his acceptance of Toulon’s big money offer.

Toulon have just had one winger experience a record breaking try scoring year in Chris Ashton and have seen one of their main game breakers in former NRL phenomenon Semi Radradra depart for Bordeaux Begles. Savea will come in and be expected to fill quite a hole in their attacking game and his contribution will certainly be compared to the impact of Ashton and the fireworks of Radradra.

Rokocoko experienced a difficult start to his French career, being voted worst signing in his first season, before carving out some positional versatility by featuring at centre and wing and winning the Top 14 title with Racing. The last season has seen him feature more sporadically but he is still capable of match winning moments in his twilight years. Hopefully Savea can take some inspiration from his All Black forebear, recapture a bit of his joie de vivre and tear up the Top 14 for Toulon.

He’s got time, youth and ability on his side and can take heart from what other former All Black wingers have gone on to do in Europe. Staying at the top of such a rarefied group for the time he has then means that he must be something special so let’s hope ‘the Bus’ runs over a few Frenchmen like it’s 2015 all over again.