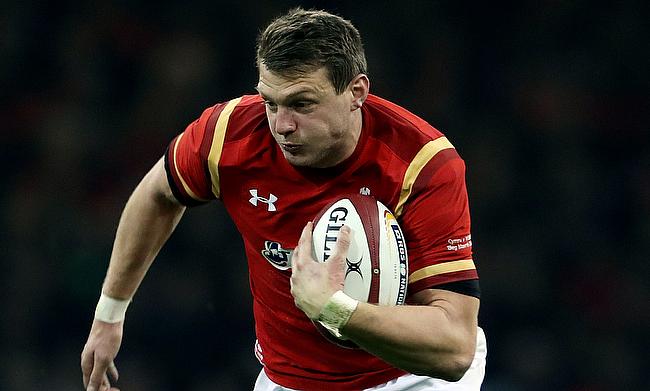 Dan Biggar is confident that although the Wales are under tremendous amount of pressure ahead of their clash against Scotland, they still have a massive chance to steal this year's Six Nations title.

The fly-half battled through extreme pain to impress against England and believes his steadying influence will be crucial at Murrayfield in a match neither side can afford to lose.

"The next three games are absolutely must win if we want a chance at the title," he said.

"We are fully aware of where we let it slip (against England), but we spoke about a huge amount of positives to take into Scotland.

"If we can replicate what we did for large periods against England, then we have a massive chance of still stealing this title.

"Obviously, we are relying on other results now, but the main thing is the Scotland game. If we don't beat Scotland, then we haven't got a chance.

"It has turned into a huge game next Saturday, and not just from our point of view. Scotland will see it as that as well - they will probably see it, if they lose they are out of the race as well.

"Sometimes with our backs against the wall is when we perform better. We have a huge test. Our record (against Scotland) is good, but we have to make sure we do all the basics."

Remembering the mistakes committed by his side against England, Biggar although refuses to play the blame-game, hopes his side could have gotten away by doing a few things different.

"Probably, if we had our time again we may have taken another phase and perhaps kicked the ball off the park," he said. "That's just how it is. There is no blame attached to anybody from our squad.

"Our squad is about making sure we learn from the mistakes we made and make sure we put it right for the rest of the tournament.

"It's unfortunate we gifted them a chance at the end, but we have to hold our heads up high in terms of the performance, which was excellent. If we perform like we did last Saturday, then we've got a heck of a chance of lifting the trophy on the last weekend."