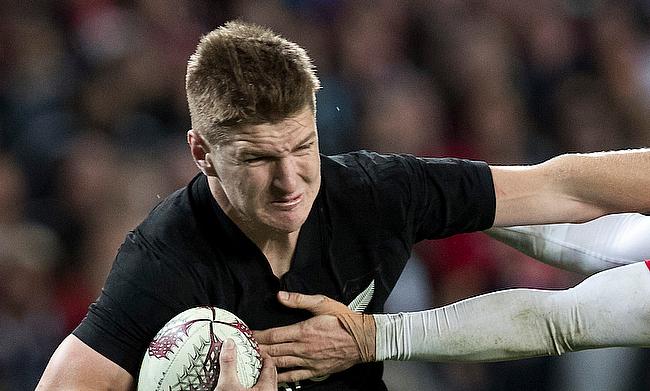 New Zealand defence coach Scott McLeod said fullback Jordie Barrett has complete backing of the team management following his red-card incident in the second round of the Rugby Championship against Australia in Perth.

Barrett was sent-off in the 28th minute of the game by referee Damon Murphy after striking Marika Koribete in the face with his boot but with the new rule in place he was replaced after 20 minutes by Damian McKenzie.

He is set to face a SANZAAR disciplinary hearing on Monday and if proved guilty could miss the remainder of the tournament.

“We believe we do have a defence,” he said.

“There are some mitigating circumstances from our side, so we will put forward a case.”

“Being in the air. He won the space in the air, and in previous cases the person that’s done that, everyone else underneath has to look after that person there, or be aware of that.”

“They’ve both woken up feeling well this morning, symptom free,” he added.

“We’ll go through our processes this week, see how they’re travelling and make a decision on that.”

New Zealand will be taking on Argentina next in the third round of the Rugby Championship at Cbus Super Stadium on 12th September.