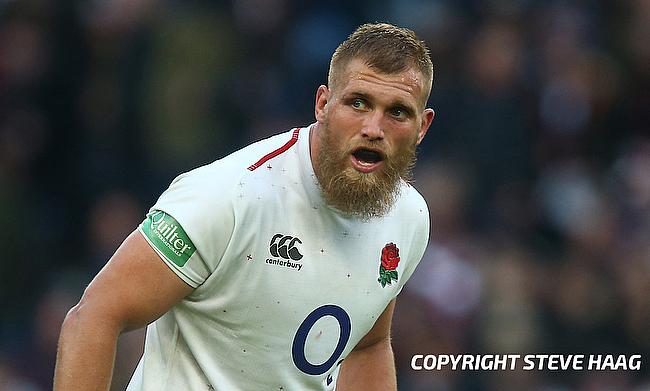 Wasps to appeal against four-week ban of Brad Shields

Wasps have successfully won their appeal against the four-week ban of England international Brad Shields.

The 30-year-old was sent-off in the 24th minute by referee Romain Poite of the encounter for a dangerous tackle on Dave Kilcoyne and his absence proved decisive as the Premiership club went on to lose the encounter 14-35.

Shields contested the charges during the hearing but the panel handed him a six week ban that was reduced by two taking into account the mitigating factors.

Wasps head coach Lee Blackett said the club will lodge an appeal against the decision and upon a review the appeal committee deemed Shields' action warranted a yellow card and not a sent-off.

"Brad Shields has had his appeal against a four-week suspension upheld following a hearing by video conference before an independent Appeal Committee yesterday (Thursday 16 December)," read an EPCR statement.

"Shields was sent off by referee Romain Poite (France) during his club’s Heineken Champions Cup, Round 1 match against Munster Rugby at the Coventry Building Society Arena for tackling the Munster prop, Dave Kilcoyne, in a dangerous manner in contravention of Law 9.13, and was subsequently suspended by an independent Disciplinary Committee.

"The Appeal Committee agreed with the original decision that the red card threshold was passed, however, it decided that the Disciplinary Committee was wrong to find that there was no on-field mitigation.

"The Appeal Committee determined that there was on-field mitigation in that there was a late change in the dynamics of the tackle, due to the tackle of another Wasps player, Thomas Young (No 7). This reduced the red card to a yellow card for the purposes of World Rugby's Head Contact Process.