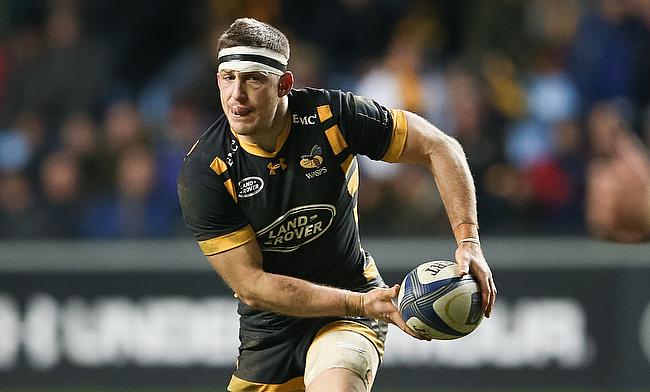 Jimmy Gopperth was one of the try-scorer for Wasps
©PA

Wasps stretched their winning streak over Worcester Warriors to 11 games as they sealed a thrilling 26-30 victory in the ninth round of the Gallagher Premiership at Sixways on Saturday.

The win has helped Wasps move to the eighth position in the table with 18 points while Worcester are at seventh.

Duncan Weir, who was recently recalled into Scotland's squad started the proceedings with a penalty kick in the 13th minute but Jimmy Gopperth ran unopposed for the opening try of the game in the 18th minute.

Weir's second penalty kick in the 33rd minute helped the home side restore the lead before Marco Mama powered over the line to end the first half with a 13-5 lead for the Warriors.

Billy Searle kicked back to back penalties in the second half to help Wasps narrow down the gap before Weir's third three-pointer made the scoreline 16-11. Dai Young's men went on to level the scores shortly with winger Zach Kibirige dotting down in the 58th minute but Weir's fourth penalty once again provided the lead for the Warriors.

The gap between the teams remained at three after Jack Willis and Ollie Lawrence traded tries before Dan Robson's decisive try in the 72nd minute followed by Searle's conversion took Wasps to a four point victory.

"It was great to get a bonus point, but I was more pleased just to win," said Dai Young.

"It could have gone either way, let's be honest.

"We didn't play quite the right game first half, but we did second half and created some good opportunities.

"We got it right until four minutes from the end when we tried every way we could to lose the game."