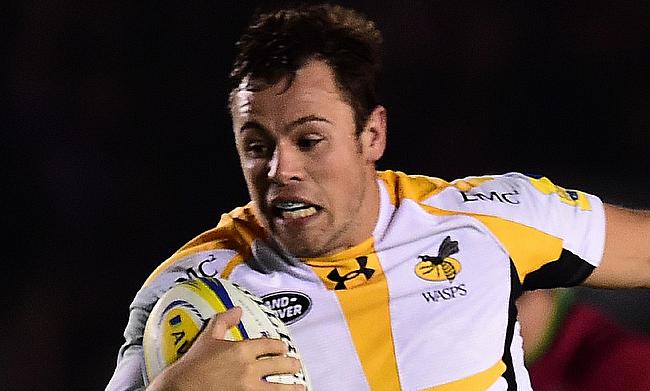 Dan Robson, Rob Miller and Josh Bassett all touched down in a blazing start for the visitors with Northampton unable to muster anything resembling a serious comeback having fell behind early.

The home side only had two Stephen Myler penalties and a late Sam Dickinson try to show for their efforts as their loss saw them leapfrogged in the Premiership table by their opponents, with the result seeing Wasps climb to 5th and Saints dropping down to sixth.

It was a huge win for Wasps - having not won a Premiership fixture since November of last year - especially as they had earlier opted not to call on the services of centre Elliot Daly and loosehead prop Matt Mullan, despite the fact both players were available for selection having been released by England earlier in the week.

Despite the return of prop Kieran Brookes to the Saints' starting lineup, it was to be the visitors who made the stronger start in the swirling wind and rain, a Jimmy Gopperth pushing them out to an early lead.

And the fly-half soon found himself on the scoreboard again, adding the extras to a Dan Robson try which was the first conceded by the Saints on their own turf in their last five matches across all competitions.

Gopperth added the extras to make it a 10-0 lead, and Wasps punished Northampton further when Miller beat two weak tackles to score his team's second try.

Gopperth's conversion made it 17-0, before Myler responded with a penalty to get Northampton on the board.

But Saints' shocking start was compounded when Miller again waltzed through the home defence before teeing up Bassett for Wasps' third try inside half an hour, allowing them to head into the half-time break comfortably ahead 24-3.

And although Gopperth subsequently had a chance to respond, he fluffed his kick, ensuring the gap stayed at 18 points.

But with Saints struggling to sustain any sort of offensive pressure, a dour third quarter of the game ensured the match was in effective all but over well in advance - a thought mirrored by the Saints' supporters who were seen leaving 15 minutes before full-time.

Scant consolation for the home fans was found when Sam Dickinson pounced on a loose ball to score in the corner, but it was to be of little importance as Wasps saw the game out to bring a 10-year losing streak in Northamptonshire to an end.